Sri Lanka
Volume 6 No 03 ISSN:1800-4881 July-Sept 2013
Department of Animal Production and Health, P.O.Box 13, Peradeniya, Sri Lanka. [email protected] Anti Microbial Resistance 1. Anti Microbial Resistance
1.1 Introduction
1.2 Mechanism of AMR 2 Status of Livestock Diseases
Antimicrobial agents are speciﬁc drugs used to treat 2.1 Bovine Disease infections caused by bacteria in particular. It is an essential 2.1.1 Bovine Babesiosis medicine for both animal and human health. Therapeutic 2.1.2 Bovine Brucellosis use of Antibiotics in infected animals can make the 2.1.3 Black Quarter diﬀerence between cure and death. They are invaluable, but some bacteria have demonstrated full or partial resistance Foot and Mouth Disease to diﬀerent microbial agents to which it originally was sensitive. This phenomenon is called Anti Microbial 2.2 Caprine Diseases Resistance (AMR). Under such situation the standard anti 2.2.1 Contagious Pustular Dermatitis (CPD) microbial treatments become ineﬀective and infections may 2.3 Poultry Diseases persist increasing risk of spread.
The evolution of resistant strains is a natural phenomenon 2.3.2 Gumboro Disease that happens when micro-organisms are exposed to 2.3.3 Newcastle Disease antimicrobial agents, and resistant traits can be exchanged 2.3.4 Salmonellosis between certain types of bacteria. Misuse of antimicrobial medicines accelerates this natural phenomenon and poor 3. Highly Pathogenic Avian Inﬂuenza
infection control practices encourages the spread of AMR. 3.1 National HPAI Surveillance Programme Potential AMR public health risk can be associated with the 3.2 Global Distribution of Notiﬁable Avian use of Antibiotics in food producing animals. Furthermore many emerging infectious diseases are due to circulation of 3.3 Global situation of HPAI outbreaks.
novel clones of drug resistant bacteria. Human and animal share the same micro-organisms and 60% of the recently emerging diseases are of animal origin. It is a key component in concern in both animal and public health today. Appropriate use of anti microbial agents is a critical issue in animal welfare, food safety and food security policies too. Therefore it is important to control the use of Antimicrobial agents in animal population; strictly restricting the use through Veterinarians whose ethics is guarantied by a Veterinary statutory body as laid down by law. 1.2 Mechanism of AMR
Therapeutic use of antibiotics in human medicine started as far as year 1940 and the ﬁrst resistance was noted in late 1950s. Antibiotics have been reported to be used routinely in Veterinary medicine and Agriculture since 1950s. By 1960s the strains of Salmonella enterica emerged in Europe and USA, resistant to commonly used antibiotics causing clinical diseases in calves and it was considered as a public health risk. Micro-organisms are present everywhere and can adapt to survive in extreme conditions like heat, cold, radioactivity etc. In contact with antibiotics, sensitive bacteria will get destroyed and the resistant will survive and develop. 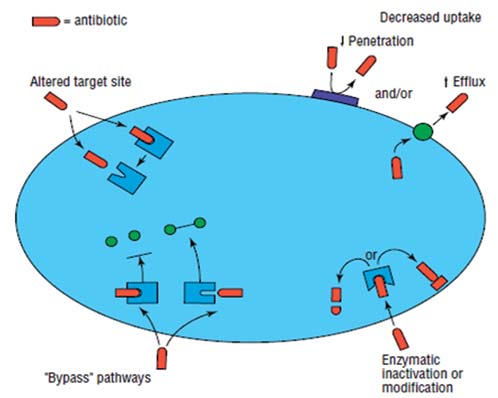 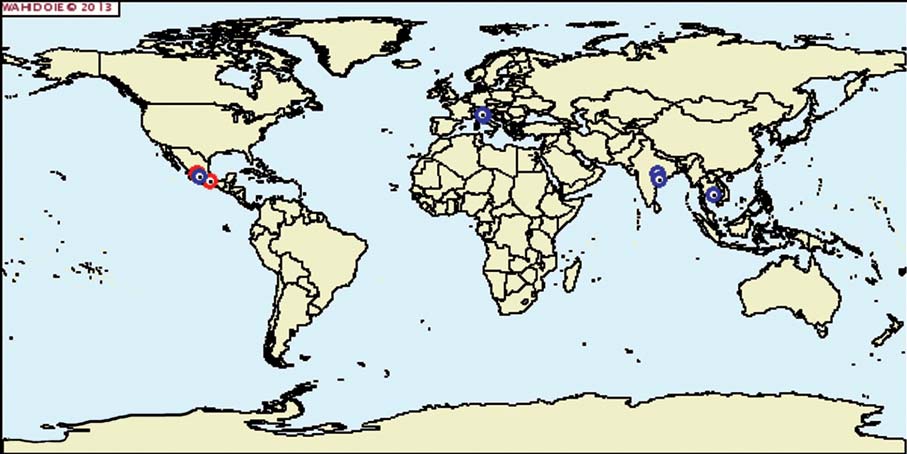