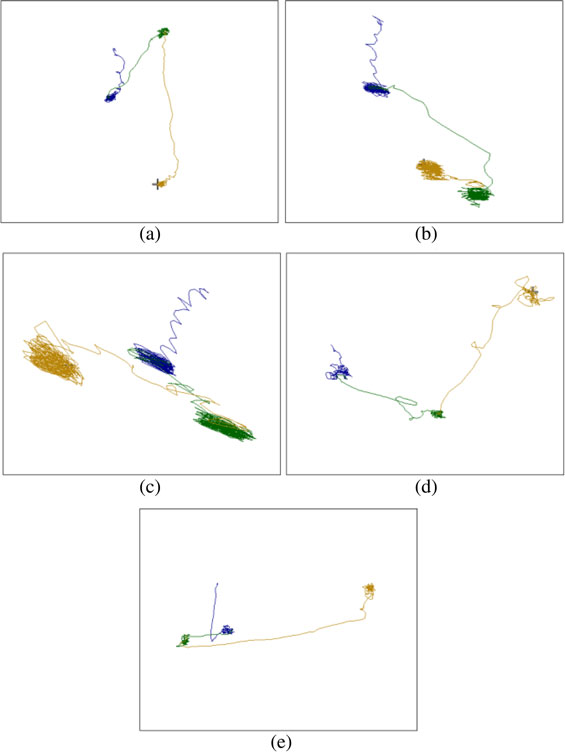 SYNNOTT et al.: WIIPD—OBJECTIVE HOME ASSESSMENT OF PARKINSON'S DISEASE USING THE NINTENDO WII REMOTE Example movement paths showing completion of T1 with PDP: (a) SR = 1, (b) SR = 2, (c) SR = 3, (d) a typical OA performance, and (e) typical YAG the user about the steps required to complete the task and show- miliarize themselves with the system before recording sessions ing the user visually how the NWR should be held. Participants were instructed to maintain a specific posture during all record-ing sessions. This posture required the participant to sit uprightin a chair, with the elbow of the active arm at rest on the arm V. RESULTS AND DISCUSSION of the chair, leaving the forearm free of obstruction and mini- The Appendix contains an overview of the results obtained mizing postural fatigue. Initial testing revealed that adjustment from left- and right-hand task performances by each of the of the distance between the NWR and IR bar impacted cursor participant groups. Results obtained from the PDP have been movement sensitivity. It was found that cursor movement sensi- divided by tremor self-rating (SR). The PDP provided self- tivity decreased as distance from the IR bar increased. Although ratings for 100% of the recording sessions. All of the self-ratings this change in sensitivity was not significant, users were asked described a right-hand tremor, with 4 sessions receiving a self- to maintain a consistent distance from the IR bar during all rating of 1 (better than usual), 22 sessions receiving a rating of recording sessions.
2 (typical), and 4 sessions receiving a self-rating of 3 (worse The PDP was asked to complete recording sessions with the than usual). SR scores were used as a benchmark to validate system at four time periods: immediately before the first medica- the ability of the tasks and metrics to differentiate between tion intake of the day (AM-B ), 30 min after the first medication tremor severities. A blind evaluation was performed in order intake of the day (AM-A), immediately before the last med- to determine the reliability of the participant self-ratings. This ication intake of the day (PM-B ), and 30 min after the last evaluation involved manually assessing each performance of medication intake of the day (PM-A). The OA was asked to each task and assigning a predicted self-rating score based on complete recording sessions during midmorning and midafter- the amplitude of tremor, the prevalence of tremor throughout the noon. In total, 30 sessions were recorded by the PDP, 6 sessions task, and the impact of the tremor on task completion. The visual were recorded by the OA, and each of 8 YAG participants were reconstruction of cursor movements was used to facilitate this.
recorded once. All participants were given the opportunity to fa- The assessor was unaware of the self-rating scores assigned by 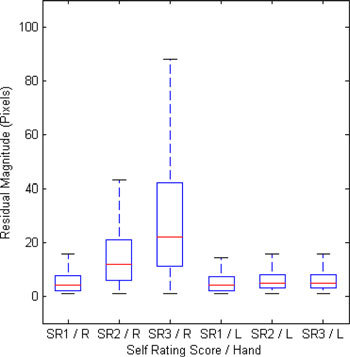 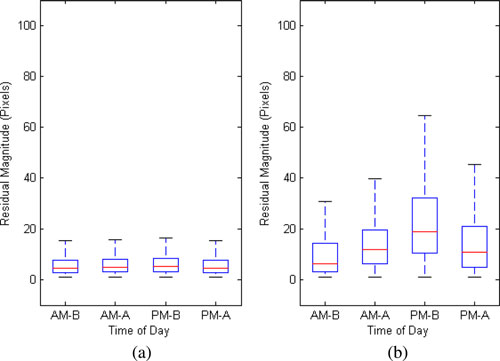 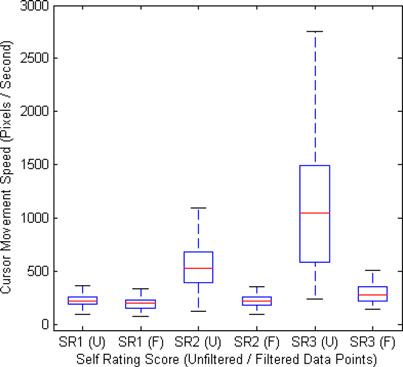 The Role of Flavonoids in Osteoarthritis Introduction Humans have used botanical products for medicinal purposes for thousands of years with many of the pharmaceuticals used today derived, in part, from natural substances. Ethnopharmacology has become a major thrust in research and development of new pharmaceutical compounds. Many natural compounds have biologic activity in multiple diseases and physiologic processes from maintaining cardiovascular, renal and gastrointestinal function to safely helping to manage cancer, ulcers, arthritis, and liver disease. Among these safe and effective botanical compounds are flavonoids with more than 9,000 distinct molecular species.