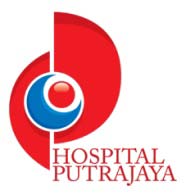 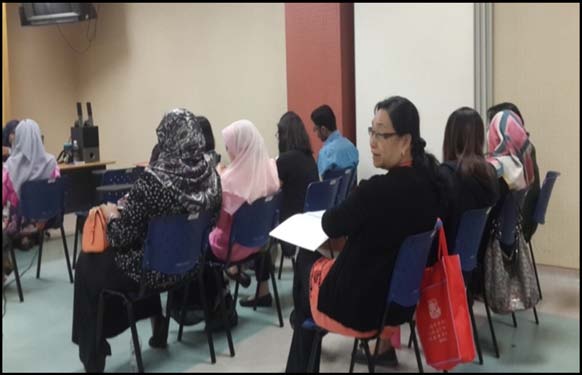 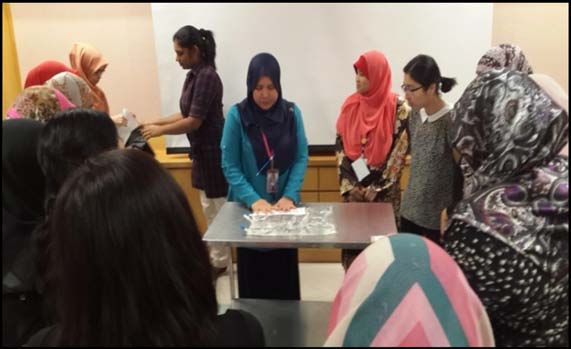 PHARMACY BULLETIN, VOL 2/2015 SEPTEMBER 2015
ASEPTIC DISPENSING WORKSHOP 2015
On 25th April 2015, the Aseptic Unit of Pharmacy Department of Hospital Putrajaya organized Aseptic Dispensing Course 2015 which was held in Seminar Room, Hospital Putrajaya. The objectives of this event is to increase understanding on handling the cleanroom based on Good Preparation Practice (GPP) as well as to give exposure on Aseptic Techniques. Aseptic technique is the term used for all procedures and techniques performed to keep a sterile product from becoming contaminated. Aseptic technique is a means of manipulating sterile products without contaminating them. Proper use of a cleanroom and strict aseptic technique are the most important factors in preventing the contamination of sterile products. This event was officiated by Puan Nazariah Bt. Haron, Chief Pharmacist of Hospital Putrajaya, which was followed by the first topic on Overview of Good Preparation Practice (GPP) by Pharmacist U54 from Nuclear Pharmacy Department, National Cancer Institute (NCI), Mr. Suharzelim Abu Bakar. Other topics that were presented in this course were, Premises & equipment: Maintenance & Monitoring, Good Documentation Practice (GDP): What you do?, and Personnel Requirement in GPP Personnel Hygiene: Do's and Don't's in cleanroom. The participants were exposed on spill management and also aseptic techniques as well as procedure of cleaning a cleanroom. These hands-on are essential to educate the participants what are the steps and precautions need to be taken in the event of accidental cytotoxic spillage, and also to gain experience on proper techniques and procedure in aseptic in order to prevent contamination of sterile products. This workshop ended with satisfaction from the participants on the whole program. They also enjoyed and benefited a lot especially during the hands-on session. 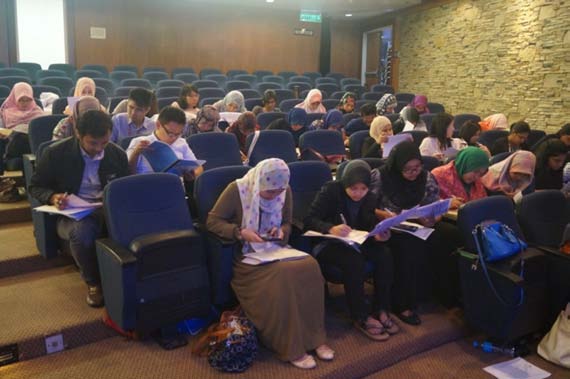 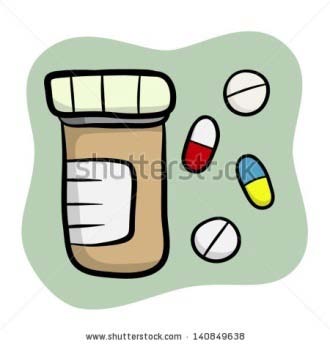 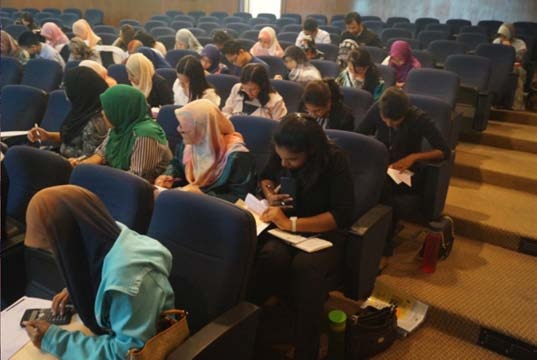 PHARMACY BULLETIN, VOL 2/2015 SEPTEMBER 2015
CLINICAL PHARMACOKINETIC WORKSHOP
Therapeutic drug monitoring (TDM) is commonly used during treatment and for diagnostic purposes with known concentrations of drugs in body fluids, usually plasma. The selection of drugs for therapeutic drug monitoring is important as the concentrations of many drugs are not clearly related to their effects. For selected drugs, therapeutic drug monitoring aims to enhance drug efficacy, reduce toxicity or assist with diagnosis. The drug concentration is complementary to and not a substitute for clinical judgment so it is important to treat the individual patient and not the laboratory value. Drug concentrations may be used as surrogates for drug effects so therapeutic drug monitoring may assist with dose individualization. On 30th May 2015, a workshop entitled "Clinical Pharmacokinetic Workshop 2015" was organised by Clinical Pharmacy Unit from the Pharmacy Department of Putrajaya Hospital in collaboration with Bahagian Perkhidmatan Farmasi Jabatan Kesihatan Wilayah Persekutuan Kuala Lumpur & Putrajaya. The event was held in Auditorium of Putrajaya Hospital (HPJ) and was attended mostly by pharmacists of Putrajaya Hospital, and also pharmacist Hospital Rehabilitasi Cheras (HRC) and Institut Kanser Negara (IKN). The speaker invited for this workshop was Associate Professor Dr. Mohd Bin Makmor Bakry, Head of Community and Industry Network from National University of Malaysia (UKM), a renowned expert in Clinical Pharmacokinetic. The objectives of this workshop are to provide updates on latest Therapeutic Drug Monitoring (TDM) practice and to enhance skills in developing appropriate TDM dosing recommendations for patients. 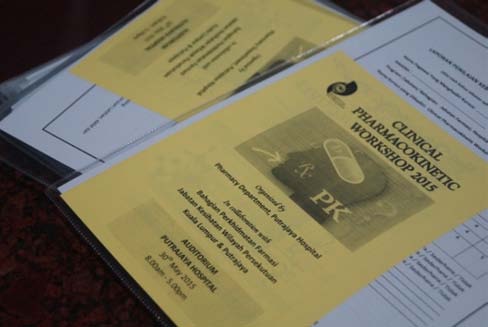