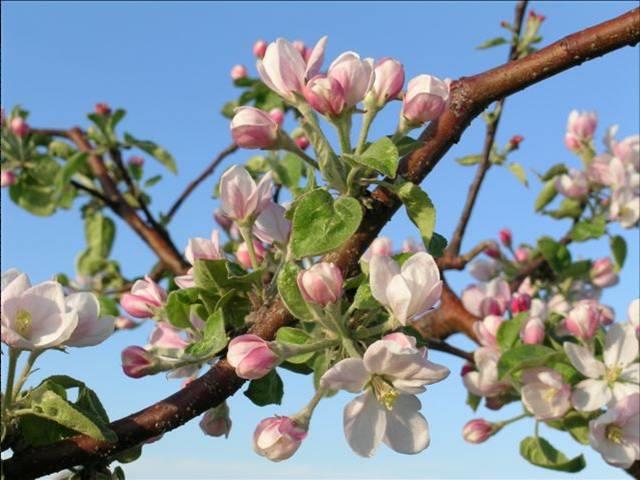 Agri-Science Cluster for Horticulture 2 – Year 2 Reports to Industry on CHC
Website
The second year of research for the Agri-Science Cluster for Horticulture 2 (Cluster 2) wrapped up on
March 31, 2015, with many activities seeing positive progress and some early results. Work is ongoing,
with many researchers currently in the field, starting their work for the 2015 crop year.
Researchers have prepared updates on their activities' progress and CHC has now
Highlights from the reports include:
• Activity 3 Apple 2: Improving Tree Fruit Storage Management Using Weather Based Predictions of
Fruit Quality at Harvest (Gaétan Bourgeois, PhD, Agriculture and Agri-Food Canada)
A bioclimatic model to predict apple firmness at harvest is already implemented in CIPRA. The
ones for soft scald and soggy breakdown will be implemented before the next growing season
(2015). A scientific publication for the soggy breakdown model was submitted recently.
• Activity 12 Apple 11: New Biological Control Agents for Postharvest Diseases of Pome Fruit (Louise
Nelson, PhD, University of British Columbia) 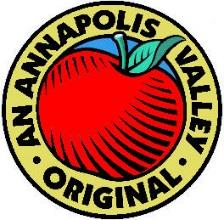 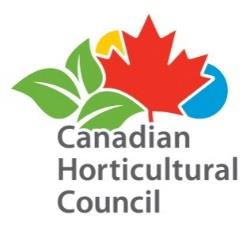 Studies in British Columbia and Ontario show similar outcomes for efficacy of the three Pseudomonas fluorescens against three postharvest fungal pathogens with control similar to that of a commercial biocontrol product already on the market, but less effective than that of the synthetic fungicide, Scholar. • Activity 17 Potato 16: Nitrogen for Improved Yield, Quality and Profitability of Potato (Mario Tenuta, PhD, University of Manitoba) The use of Environmentally Smart Nitrogen (ESN) at planting tentatively is a practice for preventing early season N losses and to improve potato yield. The Agri-Science Cluster for Horticulture 2 is generously funded by nearly 50 industry partners and Agriculture and Agri-Food Canada's AgriInnovation Program, a Growing Forward 2 initiative. Consumer demand leads to Potato Sustainability Initiative


The Potato Sustainability Initiative brings together potato growers, processors, distributors, and retailers under a single, comprehensive program to improve sustainability in the potato supply chain the U.S. and Canada. The initiative was born from McDonald's customers demanding greater sustainability efforts in producing and processing potatoes. CHC participated in the development of an action plan and timetable. 2015 CHC Mid-Summer Apple Meeting

While it is preferable to make your hotel
reservations as soon as possible, they can
be made at any time before July 20, 2015. 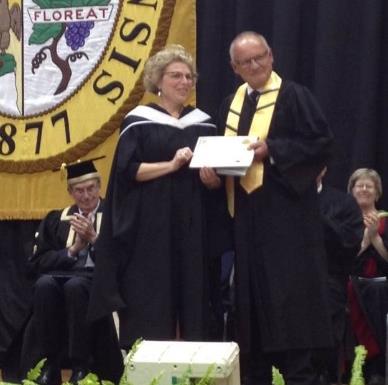 CHC President, Keith Kuhl, presented with
Certificate of Merit by University of Manitoba


On Friday, May 1, 2015 at the University of Manitoba Agriculture
Diploma Graduation, Keith Kuhl was presented with a "Certificate
of Merit" in recognition of his contribution to agriculture. Keith
was honoured to have dinner with the Honourable Ron Kostyshyn,
Minister of Agriculture, Food & Rural Development for
Manitoba.
CROP AND PLANT PROTECTION

The Pest Management Centre (PMC) at Agriculture and Agri-Food (AAFC) Canada has new information available on its website. has been posted on the PMC main page along with information on th  Twofrom the Risk Reduction Program have been added: and In addition two strategies have been updatedand  The Minor Use Pesticides Program'shas been posted.  Two status reports have been updated earlier this year:  has a new addition: The following 3 projects have been completed and summaries of the results are now available on the PMC website, Pesticide Risk Reductiosection. Project Code
Project Title

Crop Profile foand the Crop Profile foare the latest,
updated Crop Profiles now available. They can be downloaded for free from theweb site or you may request a copy through th
There are over thirtycreated and maintained by ththat
are accessible for download on the Government of Canada Publications web site.
Links to the most up-to-date versions of all available Crop Profiles are provided in the attached reference
document, for your convenience.

Update: further changes to the LMIA application process
Several changes to the LMIA regime of the Temporary Foreign Worker Program (TFWP) were made on
April 30, 2015. Among them were a new form or Labour Market Impact Assessment applications and a
new way of calculating the cap on the number of low-wage positions that an employer may fill with TFWs.

CFIA sampling and testing of canola crop residues at a location in Manitoba has confirmed the presence of a plant pathogen that has not previously been reported to be present in Canada. The single Verticillium longisporum detection is limited to one location which is not being used for commercial production. Verticillium longisporum is a plant pathogen that can cause early plant death and decreased yield. It infects a broad range of crops, but the most severe impact is on canola. Apart from an isolated detection in Manitoba in 2014, V. longisporum has not been previously reported from Canada. Genome found in sweet potatoes could have implications in GMO debate
A remarkable genetic discovery in sweet potatoes has been made, which could have implication in the
GMO debate. Among 291 tested accessions of cultivated sweet potato, all contain one or more transfer
DNA (T-DNA) sequences. These sequences, which are shown to be expressed in a cultivated sweet potato
clone ("Huachano") that was analyzed in detail, suggest that an Agrobacterium infection occurred in
evolutionary times. One of the T-DNAs is apparently present in all cultivated sweet potato clones, but not
in the crop's closely related wild relatives, suggesting the T-DNA provided a trait or traits that were
selected for during domestication. This finding draws attention to the importance of plant–microbe
interactions, and given that this crop has been eaten for millennia, it may change the paradigm governing
the "unnatural" status of transgenic crops.
Plant Breeders' Rights Updates Bring New Varieties to Canadian Farmers

CHC partners in Bees Matter Campaign
CHC has partnered on a new campaign launched on June 3 entitled Bees Matter. The campaign is a
partnership of Canadian agricultural organizations that focuses on public education on bee health. We've
come together for a chance to put forward a positive, science-focused message about the importance of
honey bees to our industry and our continuing efforts to keep them healthy.
As part of the campaign there is a was well as the Buzzing Gardens program,
which offers Canadians a free seed kit to plant a pollinator garden along with a leaflet that will give them
accurate information about the factors that affect honey bee health.
We're all proud of the effort the group put into it, and we're especially proud to have been a part of it. Please share with anyone you believe would be interested in learning more about honey bee health.
Senate Standing Committee on Agriculture and Forestry releases report on bee
health
On May 27, the Standing Senate Committee on Agriculture and Forestry released its study on the current
status of bee health and strategies for its improvement. In the report's creation, the committee heard
from 85 witnesses over 8 months. The report consists of two parts. The first part provides information on
the structure of the Canadian beekeeping sector, current state of honey bees, the importance of
pollinators, and consequences of bee mortality. The second part of the report addresses strategies to
ensure pollinator health, including recommending that PMRA conclude, without delay, its re-evaluation of
neonicotinoid insecticides and accelerate its conditional registration process in order to reduce the current
number of conditional registrations granted to neonicotinoid active ingredi
Update from Bee Health Roundtable

CHC is a member of th a group established to create a national cross-sectoral
dialogue to identify specific actions to be taken to address risks and opportunities related to bee health.
The group is involved in numerous actions to improve bee health, such as Increasing the range of
management options to control bee pests and pathogens including Varroa mites and other parasites
(HopGuard and Lincomycin); actively identifying and promoting ways to reduce exposure of bees to
pesticides - both inside the hive and out, and improving accuracy of bee health data and information.

Preparing for Safe Travel to High Altitude By Paul Anderson, M.D. Co-investigator - ASAP study Introduction: Millions of people travel to high-altitude every year for recreation and for work. Twenty percent of those traveling to altitudes below 5500 m/18,000 ft are affected by some form of altitude illness.. While most cases of altitude illness are mild and self limiting, some cases can become life threatening. If you are planning a trip to altitudes above 1500 m/5000 ft. knowledge is the best prevention for altitude illness. This brief outline serves as merely an introduction to this important topic. Additional resources available at the end of this page (or links provided elsewhere in this website) are highly recommended reading for those traveling to high altitude. Altitude Related Illnesses