ISCHEMIC HEART DISEASE ORIGINAL RESEARCH
Frequency of Clopidogrel Resistance
in Patients of Ischemic Heart Disease
Syed Khizar Abbas Rizvi1, Shahida Mohsin1, Tahir Saeed2, Saeed Ahmad3,
Shabbir Hussain1 Muhammad Ikram Ullah2
Received: 14/3/13, Reviewed 10/4/13, Accepted: 16/4/13
Key words: Clopidogrel, Ischemic Heart Disease, platelet Aggregation, Platelet Aggregation Inhibitors
DOI: 10.5083/ejcm.20424884.93
1. Department of Haematology,
University of Health Sciences Clopidogrel and Aspirin are widely used antiplatelet agents in the prevention and treatment of isch-
2. Department of Biochemistry,
emic heart disease (IHD). Many patients have been noticed with recurrence of major ischemic events,
University of Health Sciences due to resistance of these drugs. Different platelet function tests can be used to evaluate the de-
gree of achieved platelet inhibition in patients treated with clopidogrel. The objective of this study
3. Department of Pathology,
was to determine frequency of clopidogrel resistance in patients of ischemic heart disease. Seventy
Sharif Medical and Dental College one patients of IHD were selected from out-patient department of Punjab Institute of Cardiology
Lahore. Platelet aggregation studies were performed on Diamed Impact R. Clopidogrel response as-
4. Hussani Blood Transfusion
Centre Karachi say was performed with DiaAdin(ADP 110µmol/L). Chi-square test was applied to measure statistical
significance. Resistance to Clopidogrel was observed in 17% (12 out of 71). Clopidogrel resistance
was significantly associated with female gender (p=0.046). In our study no statistically significant as-
sociation was observed between clopidogrel resistance and risk factors like diabetes mellitus, family
history ischemic heart disease, hypertension and smoking. We concluded that resistance to Clopido-
Syed Khizar Abbas Rizvi, grel therapy is seen in significant number of patients and female patients are at high risk of develop-
ing the resistance to clopidogrel therapy. These patients can be identified by performing platelet
Department of Haematology, aggregation studies on Impact R.
University of Health Sciences Contact No. 0092-322-6686637 A number of studies have shown that aspirin or clopidogrel resistance is associated with in- [email protected] Ischemic heart disease is a major public health creased risk of recurrent cardiovascular events problem and a leading cause of death in the [6,7].The term resistance is used to indicate fail-
world. Its risk increases with age, smoking, hy- LIMITATIONS OF STUDY
ure of an agent to prevent the clinical condi- Our study was a descriptive percholesterolemia, diabetes and hypertension tion for which it is used or failure of the agent study with its limitations. The [1]. Currently, cardiovascular diseases accounts
to achieve the biochemical (pharmacokinetic exact prevalence of clopidogrel for 16.7 million deaths worldwide each year and and/or pharmacodynamic) effect [8]. Different
resistance may be different from strategies for improving prevention and man- platelet function tests have been used to mea- the one which is observed in the agement of thrombotic conditions are required sure the degree of platelet inhibition in patients present study.
[2]. The most commonly used antiplatelet drugs
treated with clopidogrel. Light transmission ag- are Acetylsalicylic acid (Aspirin) and thienopyri- gregometry with ADP as an agonist, is the most We acknowledge University used method, but the test is time consuming of Health Sciences, Lahore, and not practical for routine use. Pakistan for technically Clopidogrel is a prodrug, which needs to be me- supporting this research project. tabolized in the liver to active metabolites. Clop- New point of care devices like PFA100, Veri- We also extend our gratitude to idogrel inhibits the ADP receptor P2Y12, and fyNow and The cone and plate(let) analyser the participants of the study.
thereby inhibiting the ADP mediated platelet are being utilised for the determination of an- activation. In vivo transformation of clopidogrel CONFLICTS OF INTEREST
tiplatelet therapy effectiveness. The PFA-100® to active metabolites is an important and criti- We are grateful to measures the fall in flow rate as platelets within cal step for the drug effect. This metabolisation University of Health Sciences, citrated whole blood are aspirated through a Lahore, Pakistan for providing is dependent on the hepatic cytochrome P450 capillary and begin to seal a 150μm aperture financial support to pursue this isoenzymes like CYP2C19, CYP1A2, CYP2B6, CY- within a collagen coated membrane. The disad- research project. There are no P2C9 and CYP3A4 [3]. One of the key enzymes
vantages of PFA 100 are: This is inflexible, VWF conflicts of interest.
in clopidogrel metabolism is CYP2C19, which is dependent, Haematocrit dependent and insen- involved in both stages of clopidogrel biotrans- sitive to clopidogrel [9].
EUROPEAN JOURNAL OF CARDIOVASCULAR MEDICINE VOL II ISSUE III 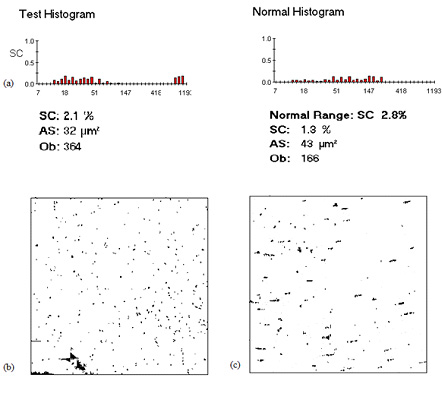 FREQUENCY OF CLOPIDOGREL RESISTANCE IN PATIENTS OF ISCHEMIC HEART DISEASE
VerifyNow is fully automated platelet aggregometer which can be used to monitor the therapy of aspirin, clopidogrel and GpIIbIIIa in- Figure 1: Illustration of test report of clopidogrel resistance in a hibitors but this assay is expensive and Cartridges can only be used patient. (Processed on Diamed Impact-R, Software Version: 1.28). for single purpose [9]. The cone and plate(let) analyser, originally
developed by Varon and Savion, monitors platelet adhesion and aggregation to a plate coated with collagen or extracellular matrix (ECM) under high shear conditions of 1800 s− 1[10]. In the Com-
mercial version of the device, the Impact® (DiaMed), a plastic plate is utilized instead of a collagen or an ECM-coated surface.
In this study we used Diamed Impact R to determine the frequency of resistance of clopidogrel in patients of IHD. Diamed Impact R is the instrument which provides the physiological condition for platelet adhesion and aggregation. Platelet adhesion and aggrega- tion on the polystyrene surface is evaluated using an image analy- sis system. The results are expressed as the percentage of surface covered (%SC) by platelets and the average particle size (AS; micron m2). Normal value of % SC is >7.5 and AS is >25 micron m2 for physiological platelet function.
PATIENTS AND METHODS
It was a descriptive cross sectional study conducted at the depart- ment of Haematology, University of Health Sciences Lahore in col- *SC: Surface Covered; *AS: Average Size; *Ob: Object Number laboration with Punjab Institute of Cardiology, Lahore Pakistan. The study was approved by ethical committee of University of health sciences Lahore. Patients were enrolled after informed written consent from April 2011- March 2012. Diagnosed patients of IHD who were more than 21 years of age and on Clopidogrel 75 mg for at least more than 07 days were included in study and patients who have Family or personal history of bleeding disorders, Platelet All data was entered and analysed with the help of SPSS version count <150 or >450 × 109/L, Hemoglobin <8 g/dl, Major surgical 18.0. The quantitative variables were expressed as mean+SD. Chi- procedure within one week before enrollment and Administration square test was applied to measure the statistical significance of of un-fractionated or low molecular weight heparin within 24 hours frequency of drug resistance between groups e.g. Diabetics vs. before enrollment were excluded from study.
Non-diabetics, Males vs. Females. A p value of less than 0.05 was considered for statistical significance.
Laboratory Techniques
5ml of venous blood was collected using aseptic methods. Citrated whole blood (3ml) was used for platelet studies (platelet adhe- sion and aggregation) using Impact R (Diamed, Israel). DiaAdin Out of 71 patients 37 patients had IHD without PCI (Percutaneous (ADP110µmol/L) was used as platelet agonist. 2ml blood (in EDTA) Coronay Intervention) or CABG (Coronary Arterial Bypass Graft- was used to determine Haemoglobin, Haematocrit and platelet ing). Nineteen patients had IHD with Angioplasty and 15 patients count using Sysmex XI-1800 (manufact). Resistance to Clopidogrel were treated with CABG. Mean Age in the study population in years therapy was assessed by Impact R on the basis of software generat- was 52.85+ 1.14 (95% CI 50.56-55.13) Median duration of illness in ed results: Surface covered (SC) > 2.8% was considered as response the study population was 24+ 39 (Tukeys's Hinges: 9-48) months. to clopidogrel and SC < 2.8 % was considered as no response (or Demographic Characteristics of study population are shown in Resistance) to Clopidogrel. Resistance to clopidogrel therapy in a Table 1.
patient is illustrated in Figure 1.
Hemoglobin, Hematocrit and platelet count were measured for each subject before performing the platelet aggregation studies to fulfill exclusion criteria for Hb, HCT% and platelet count Data about patient's demographic features (age, sex, and address), (Table 2).
clinical diagnosis, duration of illness, drug intake history, history of recurrent ischemic events and relevant clinical history was ob- tained on a specially designed proforma. The data about platelet aggregation studies was entered after performing the laboratory tests in the specified columns. EUROPEAN JOURNAL OF CARDIOVASCULAR MEDICINE VOL II ISSUE III 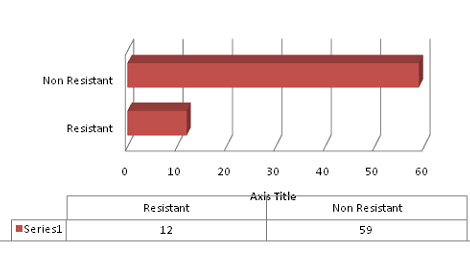 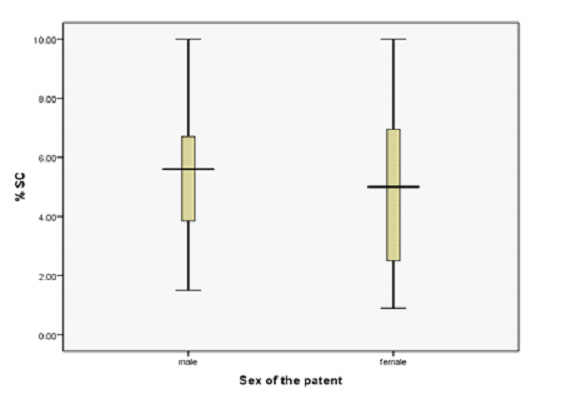 The Medifast Program and What you and your doctor should know about the Medifast Program and Director of Nutrition 2 Medifast Meals _ 4 Vegetables for the Lean & Green Meal _ 5 From Medifast's Director of Nutrition Achieving optimal health and weight control is not always a "one-size-fits-all" equation. Lifestyle choices and medical conditions can affect both your food preferences and requirements, which in turn have an impact on how you can best lose weight.