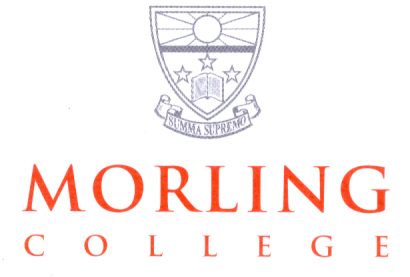 "There is no quick fix for pregnancy, no magic pill."
– father of 18-year-old Californian woman Holly Patterson who died as a result of taking RU486 in 2003
"These are violently active chemicals and they have violent reactions on the organism … [What is the]
situation in which a woman would undergo that kind of assault?"
– Australian feminist Dr Germaine Greer, addressing gynaecologists and obstetricians in 2002
"A drug which ends a new human life and endangers a woman's health is never a ‘safe and effective'
solution."
– Dr Brigid Vout, Life Office, Catholic Diocese of Sydney
What is RU486?

RU486 is not the same as the "morning after" pill (Postinor-2). RU486 is the generic term for mifepristone,
an artificial steroid that blocks progesterone, a vital nutrient hormone. It causes the nutrient lining of the
mother's uterus to disintegrate, and the embryo withers and dies. A second drug, misoprostol, a
prostaglandin developed to treat ulcers, is used 48 hours later to induce uterine contractions that detach and
expel the embryo and uterine contents.
More than one million women worldwide have used RU486 to end their pregnancy. RU486 is effective from
the fifth to the seventh week following the last menstrual period, with decreasing effectiveness up to the
ninth week. Used alone, RU486 has an abortion rate of 60-80 per cent. Used with misoprostol, this rises to
95 per cent. Mifepristone is also used to treat certain rare forms of cancer, and may have other therapeutic
applications. Mifepristone was developed by Roussel-Uclaf, a French pharmaceutical company.
Possible side effects and complications

A common side-effect is severe pain similar to that of miscarriage, with over half of women needing specific
pain medication and one-third needing narcotics. Other side-effects may include nausea and dizziness,
syncope (brief loss of consciousness), serious bacterial infection, sepsis, prolonged bleeding (averaging from
9 to 30 days) and death. Some women who experienced severe bleeding as a result of taking the drug
required blood transfusions. Women lacking ready access to ultrasound and blood transfusion, such as those
in remote communities and developing countries, are more likely to die. The drug does not affect ectopic
pregnancies, which may go unnoticed and rupture, leading to trauma and death. Some symptoms of a
ruptured ectopic pregnancy are the same as those for abortion using RU486 and misoprostol.
Unlike surgical abortion, the process by which RU486 procures abortion normally takes a week to complete,
during which time the woman may suffer appalling psychological as well as physical trauma. In cases where
the embryo is not killed or expelled, a surgical abortion is required, adding to potential trauma. It appears
that women who abort using RU486 are as likely to suffer Post-Abortion Syndrome as those who undergo
surgical abortion. It appears that, where abortion has failed and the woman carries the baby to full term,
there is a danger of structural and genetic deformities similar to those caused by Thalidomide. RU486 could
also affect a woman's future pregnancies, causing miscarriage and/or foetal deformities in later children.
No long-term clinical studies have been carried out.
The US Food and Drug Administration approved the use of RU486 in 2000, despite warnings that procedural
and scientific requirements to prove its safety and effectiveness had been bypassed. It is used in some
European and other countries. Opponents have called it – some would say crassly – "a human pesticide" and
"a chemical coat-hanger."
Why the Health Minister has regulatory control of RU486

The Therapeutic Goods Administration (TGA) regulates therapeutic goods in Australia to ensure the quality,
safety and efficacy of medicines and ensure the quality, safety and performance of medical devices. The
regulatory framework is based on a risk management approach designed to ensure public health and safety,
while at the same time freeing industry from any unnecessary regulatory burden.
Normally the TGA would regulate the use of RU486, but a controversial amendment to the Act was passed
in 1996 when former Tasmanian Senator Brian Harradine, a Roman Catholic, argued that the drug should be
made illegal. The amendment created new class of drugs known as "restricted goods" which cannot be
evaluated, registered, listed or imported without the written approval of the Health Minister. Currently
RU486 is the only medicine in this restricted class of goods. All other medications are subject to the TGA's
evidence-based assessment process.
It can be argued that the federal Health Minister merely possesses a requirement, subject to parliamentary
scrutiny, to authorise any move by the TGA to consider whether to approve its use – in effect a
parliamentary power of veto. If the power to approve were vested in the Minister it may be a good or a bad
thing, depending on the attitude of the Minister of the day. As it stands, the worst-case scenario for
opponents of RU486 is not that a Minister may approve its use contrary to the advice of the TGA but that he
or she may, subject to parliamentary scrutiny, leave it to the TGA to decide.

The move to repeal ministerial responsibility for RU486

In November 2005 a campaign by four senators, representing each of the four main political parties, sought
to introduce a private members bill to overturn the effective ban. There was insufficient time for the Senate
to discuss this before Parliament concluded for 2005, and the matter was referred to a Senate Community
Affairs Committee for consideration. The Committee called for public submissions, with a closing date of
16 January. The Committee's report is not yet available. Politicians are likely to have a conscience vote on
the bill on 9 February.
1 See Janice G. Raymond, Renate Klein, Lynette J. Dumble, RU 486: Misconceptions, Myths, and Morals (Cambridge, MA: Institute on Women and Technology, 1991), cited in note 20, pp. 71-79. 2 3 See 4 See , page 4. 5 The report should be available after 8 February 2006 at 6 Therapeutic Goods Amendment (Repeal of Ministerial Responsibility for Approval of RU486) Bill 2005, Lobbying on both sides of the argument is heated. Opponents of abortion declared Sunday 29 January a
National Day of Action Against RU486, and a lobby organisation, Australians Against RU486, has been
established.
Arguments for approving RU486 for use in Australia

• RU486 is not a simple and safe alternative to surgical abortion • RU486 intentionally kills the embryo and trivialises the taking of human life • access to RU486 may be a step toward legislating for abortion on demand • access to RU486 may encourage promiscuity among women who view it as a virtual contraceptive • women orally self-administer it and the process takes a week to complete, leading to undue trauma • women may be unsure of the gestational age of their embryo (without an ultrasound) • many overseas abortion providers apparently prescribe it beyond the recommended 49 days • the TGA is not empowered to advise on the moral and social implications of approving a drug
Conclusion

The current debate on RU486 focuses on two important issues: whether the drug should be permitted in
Australia; and who should decide. As to whether RU486 should be permitted in Australia, it is widely
acknowledged that RU486 is a dangerous drug. It was specifically developed by the French pharmaceutical
company Roussel-Uclaf as a non-surgical abortion option. RU486 intentionally kills the embryo and
trivialises the taking of human life. Given the available alternatives, the possible complications seem to
constitute an unacceptable burden to women. For those who need an abortion, there are less costly and less
traumatic options available. Further, many Christians and persons of other religious faith oppose abortion on
moral grounds, and thus oppose the approval of RU486 as an abortifacient.
As to who should decide on the approval of RU486 in Australia, the current regulatory regime, while
unusual, ultimately serves Australian women well. There is nothing to lose and everything to gain by
leaving the legislation as it stands rather than allowing the TGA to act independently on such matters. The
restriction on RU486 should be maintained.
The Centre for Christian Ethics urges all federal politicians to oppose the Therapeutic Goods Amendment
(Repeal of Ministerial Responsibility for Approval of RU486) Bill 2005. Rather than legislating to encourage
abortion in Australia, political leaders should encourage development and funding of programs aimed at
reducing the need for women to seek abortions.
This paper was written by Rev Rod Benson, Director of the Centre for Christian Ethics, Morling College, Sydney
Australia. He may be contacted by telephone on +61 2 9878 0201 or by email at
7 Such as the World Health Organisation, the Federation of International Gynaecology and Obstetrics, the Cochrane Collaboration, the Royal Australian and New Zealand College of Obstetricians and Gynaecologists, the Public Health Association of Australia, the Australian Medical Association, and the Rural Doctors' Association. OP07 RESOURCE SHEET Compiled by Rod Benson, Director of the Centre for Christian Ethics, Morling College, Sydney Australia, 2 February 2006
News & opinion (some pages may attract a retrieval fee)
• It's been nine years since the Federal Government struck a deal with the fervid right-to-lifer and former senator Brian Harradine to effectively ban RU-486, the abortion pill. • The ban on RU486 will not be lifted after federal Health Minister Tony Abbott declared that new medical advice raised serious concerns about its potential risks to wome • An expert medical report will challenge official advice to the federal Minister for Health, Tony Abbott, that the abortion drug RU486 is risky. • Abortions with the RU486 pill are potentially unsafe, unpredictable and involve a risky chemical "cocktail", according to a feminist health academ • Australians will be ill-served by political efforts to hastily approve RU486, a drug whose true safety profile is only now being accurately • Researchers in the US have found that there can be some potentially fatal side effects resulting from the use of the medical abortion drug RU 486. • Just when Australians thought the abortion debate was over, an acrimonious new front has opened up over the drug mifepristone. • It is not within the competence of the TGA to judge the social implications of the proposed approval • The lobby group Australians Against RU486 officially launched its campaign in Sydney yesterday before an audience that represented a who's who of the anti-abortion moveme • The abortion pill is at the centre of an emotional and increasingly bitter debate, and people who need it to treat other medical conditions are getting caught in the m • Most Australian women oppose the controversial abortion pill RU486 because of fears about its possible side effects, according to a survey released by the drug'
Information on the use of RU486
• Statement by Australian Medical Association Executive Councillor and senior obstetrician, Dr • "Questions and answers on RU-486," Respect Life Office, Melbourne, available at • Australian Christian Lobby submission to Inquiry into Therapeutic Goods Amendment (Repeal of Ministerial Responsibility for Approval of RU486) Bill 2005, available at • Australians Against RU486 website: • Janice G. Raymond, Renate Klein, Lynette J. Dumble, RU 486: Misconceptions, Myths, and Morals (Cambridge, MA, 1991), full text online – • Uniting Care (NSW & ACT) position statement on approval of RU486 – Australian legislation
• Inquiry into Therapeutic Goods Amendment (Repeal of Ministerial responsibility for approval of RU486) Bill 2005 (note submissions) • Senate CALC Report on Provisions of the Therapeutic Goods Amendment Bill 2005 – • Therapeutic Goods Act 1989 – • Therapeutic Goods Amendment (Repeal of Ministerial Responsibility for Approval of RU486) Bill

A joint initiative from Norfolk County Council and Norfolk Health Services Schools in Norfolk asthma guidance Together we can make it happen! Introduction and key messages . . . . . . . 3 Asthma is the most common chronic childhood ❖ Training in asthma management. condition, affecting an estimated 16,500 Norfolk ❖ Identiﬁed asthma link staff.

Diabetes Management Guidelines for Type 2 Diabetes An electronic version of these guidelines is available at www.racgp.org.au Any changes after the printing of this edition and before the next will be available on this website. This booklet is intended to provide information about the management of type 2 diabetes in Australian general practice. However, type 1 diabetes is