Published January 6, 2010 as 10.3174/ajnr.A1923
Percutaneous Treatment of Cervical Disk Hernias
Using Gelified Ethanol
SUMMARY: This study investigates the efficacy of chemonucleolysis using RGE in the treatment of
cervical disk hernias in a small sample of patients who had cervical diskogenic or radicular painsecondary to disk herniations. Results were satisfactory in 89.5% patients, with no adverse events recorded during the procedure or after. The use of RGE shows promising results and might be a feasible and safe alternative in the treatment of cervical disk hernias.
ABBREVIATIONS: CHU ⫽ Centre Hospitalier Universitaire; IDH ⫽ intervertebral disk hernias; RGE ⫽
radiopaque gelified ethanol
Chemonucleolysis is an efficient technique for the treat- thepatientsupinewitharightanterolateralapproach.Afterthetreat-
ment of back pain; it consists of a percutaneous intradiskal ment of the disk, we performed a concomitant injection of intra- injection that dissolves the nucleus pulposus and lowers in- articular steroids in the adjacent facet joints in all patients.9 tradiskal pressure. Several years ago, the most widely used sub- Procedures were performed with local anesthetic, under surgical stance for this was chymopapain, which had an efficacy of conditions and controlled digital fluoroscopy. A diskography was close to 80% in lumbar disk herniations and close to 85% in performed before RGE nucleolysis. The dose of RGE injected into the cervical disk hernias1-3 but was withdrawn from the market cervical disk was 0.2– 0.3 mL. Intradiskal injection of 1–2 mg of gen- due, in part, to anaphylactic reactions to this enzyme.4 After tamicin was systematically performed in all the cases at the end of the this, the search for a new drug that could have the same effi- procedure to prevent infection. At least 1 facet joint at the level treated cacy as chymopapain but without the complications led to the was injected with 10 mg of intra-articular triamcinolone acetonide to use of pure ethanol5 for chemonucleolysis with very good re- help reduce inflammation. In case of bilateral symptoms, the injec- sults and no allergic complications. The problem with pure tion was performed in both facet joints (10 mg each). The level or ethanol was the high diffusibility of the liquid, which some- levels for treatment were chosen according to the patient's symptoms, times led to radicular burning pain after the procedure and, MR imaging findings if they were concordant, or a positive provoca- more important, to epidural leaks, which could be severe es- tion test performed during diskography.
pecially at the cervical level, where the spinal cord is closer to All patients underwent thin-section CT of the treated level, per- formed 3 hours after injection to evaluate the distribution and possi- In treating venous angiomas, we had experience in using ble leaks. Patients were left on anti-inflammatory drugs until the fol- gelified pure ethanol, which had the same properties as liquid low-up consultation at 15 days. Medical treatment was eventually ethanol but could be better controlled at the time of injection modified, depending on the residual symptoms. All patients were and did not diffuse away from the site of injection.6,7 We pre- seen in consultation again 6 weeks after treatment.
viously published our experience with a similar radiopaque Fifty-seven patients were treated by using chemonucleolysis with substance in the treatment of lumbar IDH with good results RGE between 2004 and 2008; 89.5% reported important reduction or and no complications.8 In this study, we investigate the poten- disappearance of their symptoms at the first clinical consultation and tial efficacy of this substance in cervical disk hernias.
no adverse events of any kind have been recorded during or after theprocedure.
Technique
RGE is a mixture of pure ethanol and a thickening substance with
tungsten powder. To investigate the efficacy of RGE, we set up a pro- The main goal of percutaneous interventional techniques for spective preliminary study. Approval of the ethics committee of the the treatment of disk hernias is to reduce the hyperpressure hospital was obtained. Patients sent to be treated for a cervical IDH inside the disk and the hernia that compresses the nerve root percutaneously, who had cervical diskogenic or radicular pain that and also to reduce inflammation produced by annular tears or did not resolve after the use of conventional therapy, were offered this even by disk degeneration alone, which can be responsible for alternative. An informed consent was obtained.
pain.9-11 Replacement techniques were sought by using de- For treatment purposes, we kept the basis of our original thera- compressive intradiskal techniques based on physical pro- peutic concept used for many years: To reach the disk, we positioned cesses such as disk vaporization in nucleoplasty with radio-frequency, electrothermal therapy, or mechanical reduction of Received May 21, 2009; accepted after revision September 12.
the disk pressure by manual or automated percutaneous dis- From the Department of Neuroradiologie (J.T., P.C.), CHU Coˆte de Nacre, Caen, France; kectomy.12-15 All of them are somewhat effective but more Clínica Nuestra Sen˜ora del Rosario (H.C., L.G., A.C.), Terapeutica Endovascular y Percuta- expensive and time-consuming than chemonucleolysis.
nea, Madrid, Spain; and Department of Therapeutic Neuroangiography (L.G., T.S.), Hospital Our initial experience with RGE at the cervical level has General de Catalonia, Sant Cugat del Valles, Spain.
shown very promising results for the treatment of cervical Please address correspondence to Jacques Theron, MD, Department of Neuroradiologie, IDH, with improvement in symptoms in 89.5% of patients, CHU Coˆte de Nacre, Ave de la Coˆte de Nacre, Caen, France 14000; e-mail: [email protected] results similar to those published for chymopapain16,17 and for DOI 10.3174/ajnr.A1923 ozone,18 and without allergic complications. The injection of AJNR Am J Neuroradiol : 兩 2010 兩 www.ajnr.org Copyright 2010 by American Society of Neuroradiology. 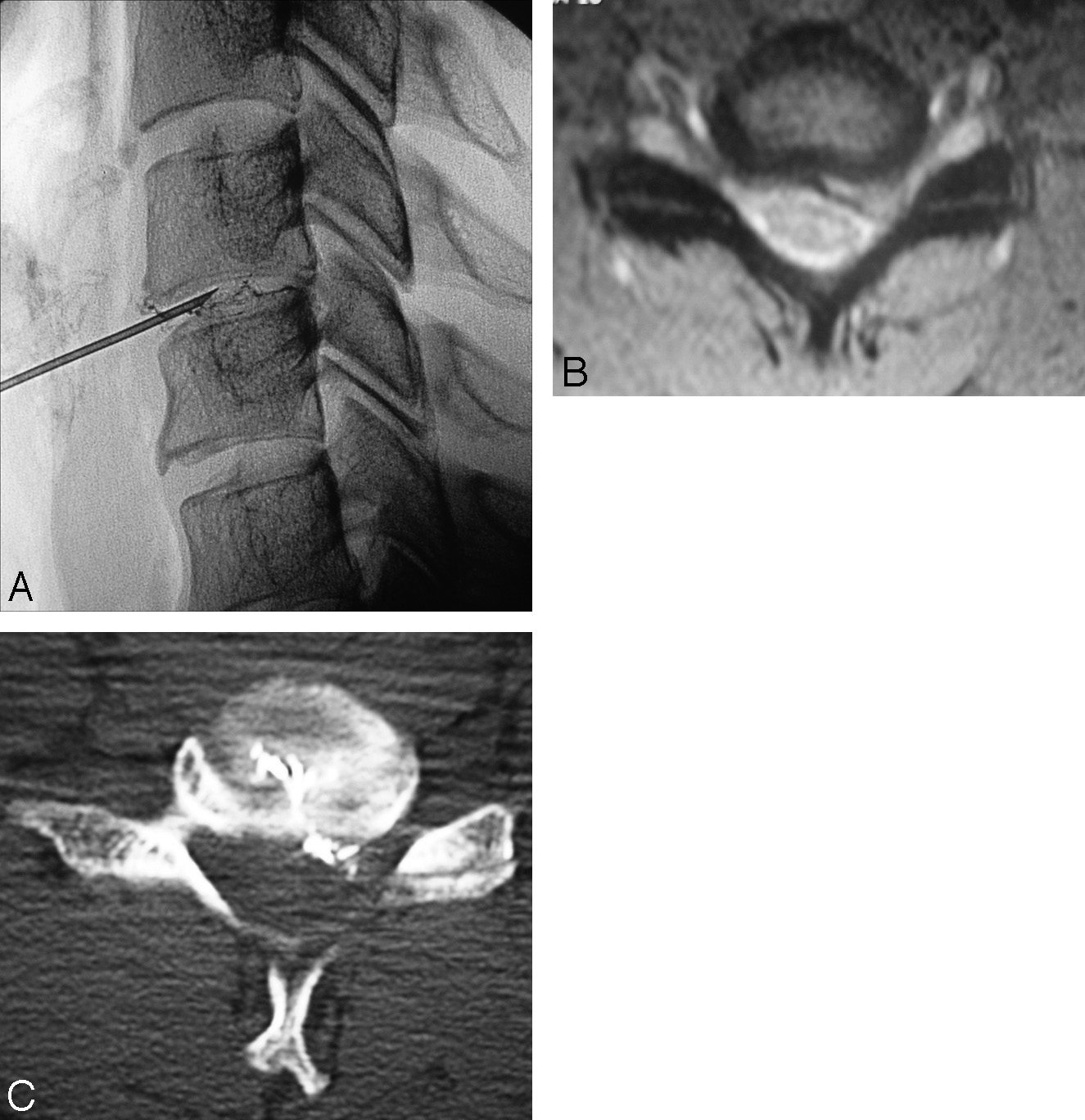 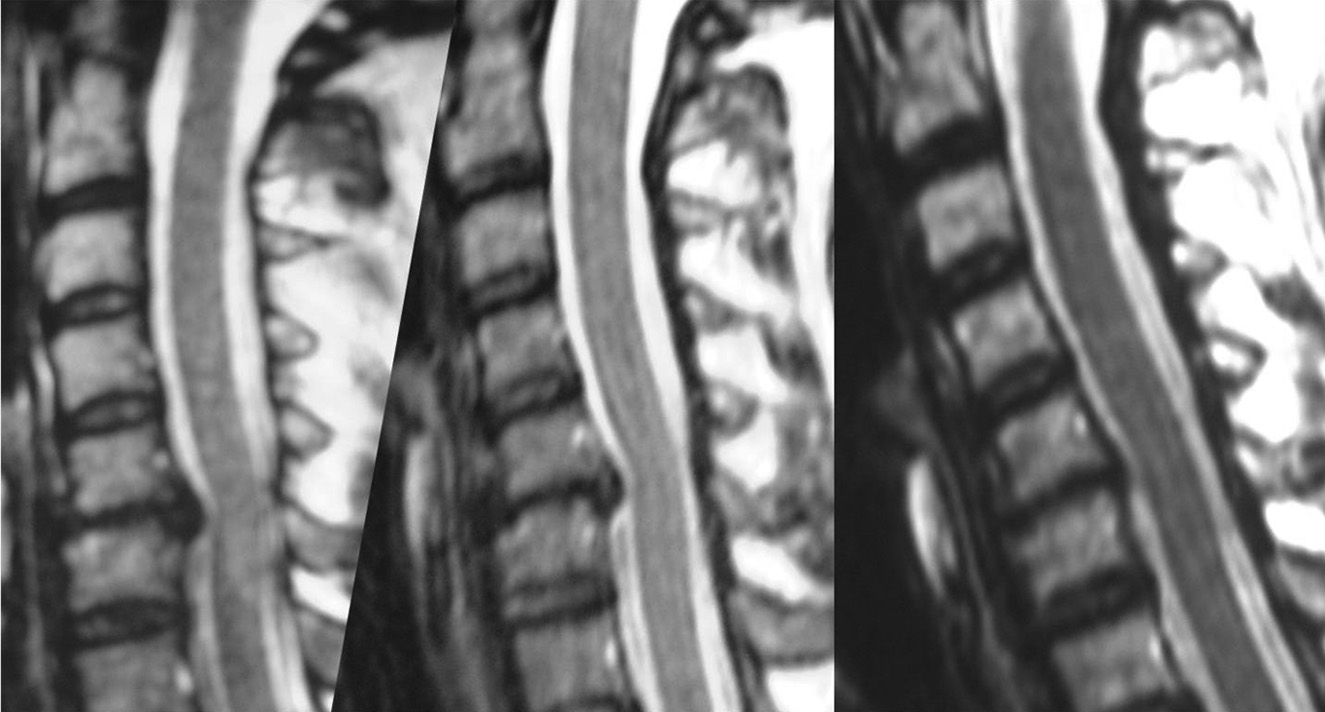 PhD Candidate, Dept. of Geography, University of Cambridge Email - [email protected] Research: My main focus is regional economic development. I am particularly interested in university-industry relationships and their influence on local economies. From Ivory Tower to Industrial Promotion: The Case of Yale University and the Biotechnology

Medical Progress and treatment. Small-vessel vasculitis is defined asvasculitis that affects vessels smaller than arteries,such as arterioles, venules, and capillaries. Importantcategories of the disease are listed in Table 1. It is important to note that small-vessel vasculitis some-times, but not always, also affects arteries, and thus the vascular distribution overlaps with that of the