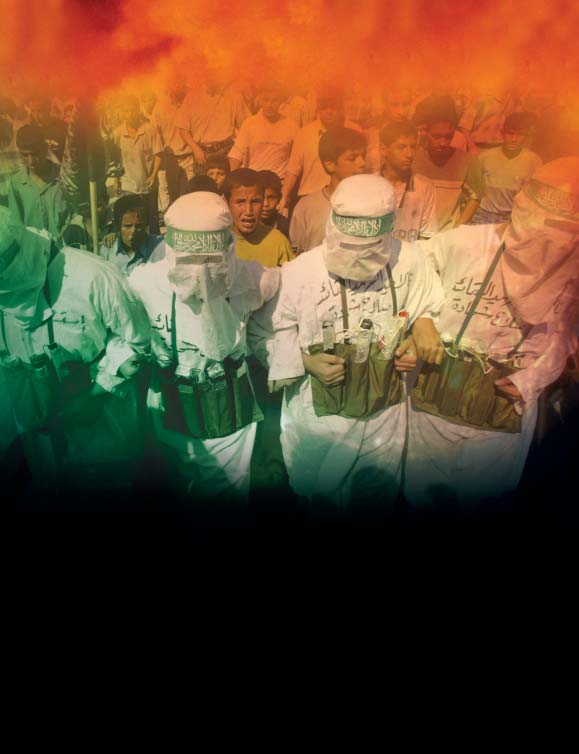 CHAOS AND
Manufactured by Psychiatry Report and recommendations on the role of psychiatry in international terrorism Citizens Commission on Human Rights Established in 1969 For the Reader
The psychiatric profession purports to be know the causes or cures for any mental disorder the sole arbiter on the subject of mental or what their "treatments" specifically do to the health and "diseases" of the mind. The patient. They have only theories and conflicting facts, however, demonstrate otherwise: opinions about their diagnoses and methods, andare lacking any scientific basis for these. As a past 1. PSYCHIATRIC "DISORDERS" ARE NOT MEDICAL
president of the World Psychiatric Association DISEASES. In medicine, strict criteria exist for
stated, "The time when psychiatrists considered calling a condition a disease: a predictable group that they could cure the mentally ill is gone. In of symptoms and the cause of the symptoms or the future, the mentally ill have to learn to live an understanding of their physiology (function) with their illness." must be proven and established. Chills and feverare symptoms. Malaria and typhoid are diseases.
4. THE THEORY THAT MENTAL DISORDERS
Diseases are proven to exist by objective evidence DERIVE FROM A "CHEMICAL IMBALANCE" IN
and physical tests. Yet, no mental "diseases" have THE BRAIN IS UNPROVEN OPINION, NOT FACT.
ever been proven to medically exist.
One prevailing psychiatric theory (key to psychotropic drug sales) is that mental disorders 2. PSYCHIATRISTS DEAL EXCLUSIVELY WITH
result from a chemical imbalance in the brain. MENTAL "DISORDERS," NOT PROVEN DISEASES.
As with its other theories, there is no biological While mainstream physical medicine treats or other evidence to prove this. Representative diseases, psychiatry can only deal with of a large group of medical and biochemistry "disorders." In the absence of a known cause or experts, Elliot Valenstein, Ph.D., author of physiology, a group of symptoms seen in many Blaming the Brain says: "[T]here are no tests different patients is called a disorder or syndrome. available for assessing the chemical status of Harvard Medical School's Joseph Glenmullen, a living person's brain." M.D., says that in psychiatry, "all of its diagnosesare merely syndromes [or disorders], clusters of 5. THE BRAIN IS NOT THE REAL CAUSE
symptoms presumed to be related, not diseases." OF LIFE'S PROBLEMS. People do experience
As Dr. Thomas Szasz, professor of psychiatry problems and upsets in life that may result in emeritus, observes, "There is no blood or other mental troubles, sometimes very serious. But biological test to ascertain the presence or to represent that these troubles are caused by absence of a mental illness, as there is for most incurable "brain diseases" that can only be bodily diseases." alleviated with dangerous pills is dishonest,harmful and often deadly. Such drugs are 3. PSYCHIATRY HAS NEVER ESTABLISHED THE
often more potent than a narcotic and capable CAUSE OF ANY "MENTAL DISORDERS." Leading
of driving one to violence or suicide. They mask psychiatric agencies such as the World Psychiatric the real cause of problems in life and debilitate Association and the U.S. National Institute of the individual, so denying him or her the oppor- Mental Health admit that psychiatrists do not tunity for real recovery and hope for the future. 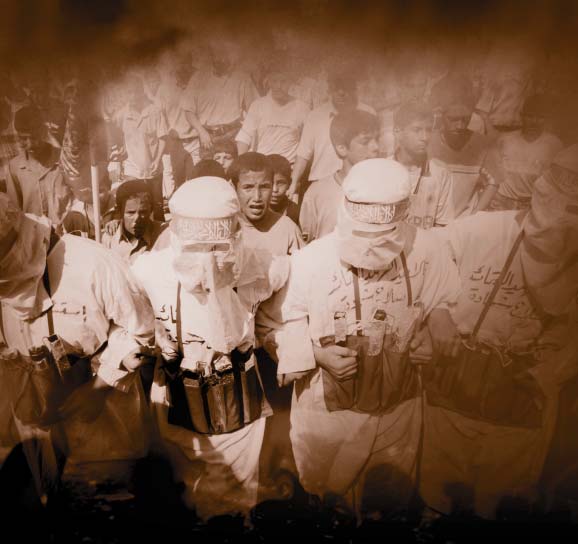 MANUFACTURED BY PSYCHIATRY CONTENTSIntroduction: Manufacturing Murderers .2 Chapter One:The ‘Doctors' of Death .5 Chapter Two: Psychiatrists Applaud Madmen .15 Chapter Three: Ideology Spawns Racial Hatred .19 Chapter Four: Targeting the Victims .23 Chapter Five: The Road to Recovery .27 Recommendations .28 Citizens Commission on Human Rights International .29 The terrorist attacks on the twin towers of human nature. Suicide bombers are made, New York's World Trade Center and the not born. Ultimately, terrorism is the result of Pentagon in Washington, D.C. on madmen bent on destruction, and these madmen September 11, 2001, will never be forgot- are typically the result of psychiatric or psycho- ten: the airplanes exploding into flame logical techniques aimed at mind and behavioral as they hit buildings; people leaping from the burn- control. Suicide bombers are not rational—they ing wreckage to certain death; firemen rushing into are weak and pliant individuals psychologically the crumbling towers indoctrinated to mur- only to become victims der innocent people themselves; large swaths without compassion, of lower Manhattan with no concern for the "Terrorism is created, not reduced to smoking rub- value of their own lives.
ble. A stunned world human nature. Suicide bombers They are manufactured watched the news footage are made, not born. Ultimately, over and over, trying to Part of that process come to grips with the terrorism is the product of involves the use of criminal mind that could mind-altering psychi- madmen bent on destruction, conceive of such a plan, atric drugs. Consider much less execute it.
and these madmen are typically the roots of the word "assassin." In the year the result of psychiatric or lent acts like this shock 1090, Hasan ibn al- us all. What kind of psychological techniques aimed Sabbah founded a ter- person could be so rorist group called the at mind and behavioral control." cold-hearted and destruc- Ismaili Order in a tive—and be willing to mountain fortress south give up his own life in of the Caspian Sea. To the process? What kind train followers as of mindset methodical- killers, they were first ly plans and executes mass murder—with utter drugged unconscious, then taken to a beautiful disregard for humanity? Yet some "experts" garden filled with luxuries and women. They claim that today's terror merchants are no more were woken to enjoy the "delights" and then irrational than you or I—that we all have drugged again and returned to the "Grand "demons" within. Master" overseeing their training. He would Beware these experts, because their claims are assure them they had never left his side but had blatant falsehoods. Terrorism is created; it is not merely experienced a taste of the paradise that 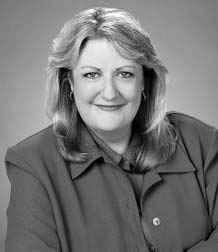 awaited them if they successfully carried out akilling assignment.1 Because of the heavy use ofhashish to accomplish the intoxication, the killersbecame known as "Hashishiyn" (from Arabic,"user of hashish"), and later "Assassins."2 The Japanese "kamikaze" pilots who launched suicide attacks against allied shippingduring World War II used amphetamines to over-ride their natural impulse to survive.3Amphetamine side effects include psychosis,euphoria and combativeness.4 Beverly Eakman, author and educator says, "Unspeakable acts of terror, torture, and massmurder are not so much the results of individualswho have lost their minds as they are of individ-uals who have lost their conscience. The heinoussuicide attacks on the World Trade Center and thePentagon are traced to Osama bin Laden and …bin Laden's chief mentor is a former psychiatrist… It would not be the first time psychiatrists hadserved as the manipulators behind charismatic,but essentially weak and flawed, human beings— gists. Publicly exposing this destructive source systematically feeding their hatreds [and] behind terrorism provides insight and solutions stroking their egos—until eventually even the to an otherwise incomprehensible and devastat- most barbaric act may appear plausible and rational in the name of some twisted cause." From Hitler's "Final Solution" in Germany 70 years ago and the unthinkable "ethnic cleans-ing" and terrorist purges in Bosnia and Kosovo inthe 1990s, to today's suicide bombers, the worldhas suffered greatly at the hands of programmedassassins and genocidal maniacs. This publication reveals the hidden key players in the alarming and explosive upsurge President, Citizens Commission in terrorism today—psychiatrists and psycholo- on Human Rights International 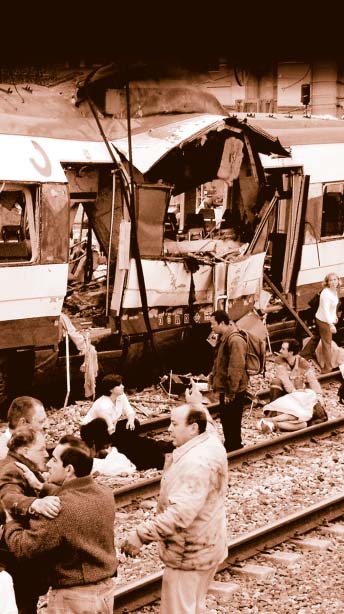 While 9/11 media concentrated on Osama bin Laden, very 1 few knew the role played by Egyptian psychiatrist Ayman al-Zawahiri, bin Laden's right-hand man. The March 11, 2004, train bombings in Madrid were 2 reportedly masterminded by Moroccan psychiatrist Abu Hafiza.
Psychiatric drugs have been used to brainwash young men, 3 in Iraq and elsewhere, into becoming suicide bombers.
Terrorists are also created by psychological methods that destroy 4 individualism, moral judgment and Mind controllers combine pain, psychiatric drugs and hypnosis to 5 turn individuals, including children, into remorseless killing machines.
On March 11, 2004, at the height of the morning rush hour, ten simultaneous blasts ripped through trains in three bustling Madrid train stations. This tragic and deadly terrorist attack, like the September 11th and other attacks, had a common thread—the involvement of members of the psychiatric profession linked to the inner circle of al-Qaeda.
hile 9/11 media concentrated Madrid, Spain, leaving in their wake 191 dead on Osama bin Laden, his and 1,900 injured.
The reported mastermind, Moroccan Wgroup al-Qaeda and the 19 psychiatrist Abu Hafiza, crafted a plan that airline hijackers with links to employed six or more operatives to plant bombs the network, very few knew the role played by timed for simultaneous detonation, a tactic Egyptian psychiatrist Ayman al-Zawahiri.
aimed at amplifying the violence for greater Vincent Cannistraro, formerly a high-ranking psychological impact.7 Central Intelligence Agency (CIA) counter-terrorism The meticulous planning began at least 10 official, places Zawahiri months earlier, when at the heart of the Hafiza gathered a matter: "Zawahiri is the number of al-Qaeda guy—he's the opera- Former psychiatrist Ayman agents from Saudi tional commander … Arabia and took them al-Zawahiri "is the guy—he's number one, on the right- to Fallujah, Iraq. Over hand side of Osama … the operational commander … the next few months, He believes that violence posing as a teacher number one, on the right-hand is purifying … He kills from a religious school, innocent people."5 side of Osama [bin Laden] … Hafiza roamed Iraq to This deadly terrorist gather intelligence — He believes that violence is has been called "bin on behalf of Ayman al- Laden's brain" by Muntasir al-Zayat, an — Vincent Cannistraro, former counter-terrorism Egyptian lawyer who official, U.S. Central Intelligence Agency (CIA) ings were the latest spent three years in in a lethal terrorist political prison with al- career extending back to the mid-1990s, when Hafiza entered al- The September 11 attacks were neither the Qaeda's inner circle. first nor the last time al-Zawahiri and al-Qaedaworked together.
Creating Brainwashed Terrorists
In March 2004, The Times of London revealed Tragedy in Madrid
that al-Qaeda used drugs to brainwash young At the height of the morning rush hour on men in Iraq to create suicide bombers. The process Thursday, March 11, 2004, 10 explosions ripped involves the use of pain and drugs through trains in three bustling stations in in combination with hypnosis. 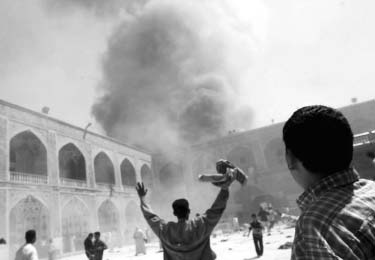 School Library Association ofNew Zealand Aotearoa Conference CONCURRENT SESSIONS abstract / biographies COLLABORATIVE FORCES WELLINGTON 2–4 JULY 2007 Wellington High School, Upper Taranaki Street, Wellington intersections COLLABORATIVE FORCES WELLINGTON 2–4 JULY 2007 ANETTE AINSWORThA Fortunate Life — The JourneyABSTRACTThe joy of being a teacher librarian has provided the opportunity to listen to many authors and illustrators discuss their books and to gain an understanding of the background to the stories. Come with me on a journey visiting Australian authors and illustrators and the remarkable work that they produce. Many of these books are then linked to the use of Literature Circles with primary school students. Explore the use of this form of reading unit to engage students with literature.