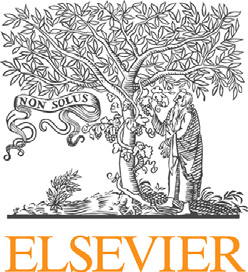 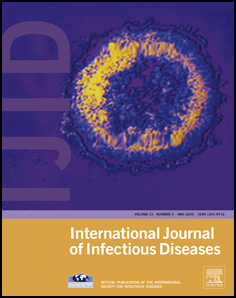 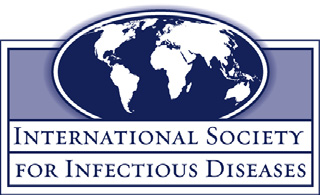 Contents lists available at International Journal of Infectious Diseases Ribavirin and interferon therapy in patients infected with the Middle East respiratory syndrome coronavirus: an observational study Jaffar A. Al-Tawﬁq , Hisham Momattin Jean Dib , Ziad A. Memish , a Internal Medicine, Saudi Aramco Medical Services Organization, PO Box 76, Room A-428-2, Building 61, Dhahran Health Center, Dhahran 31311, b Indiana University School of Medicine, Indiana, USA c Pharmacy Services Division, Saudi Aramco Medical Services Organization, Dhahran, Saudi Arabia d WHO Collaborating Center for Mass Gathering Medicine, Ministry of Health, Riyadh, Saudi Arabia e Al-Faisal University, Riyadh, Saudi Arabia Background: The Middle East respiratory syndrome coronavirus (MERS-CoV) has been reported to have a Received 9 December 2013 high case-fatality rate. Currently, there is no speciﬁc therapy or vaccine with proven effectiveness for Accepted 9 December 2013 Corresponding Editor: Eskild Petersen, Methods: A combination of ribavirin and interferon therapy was used for the treatment of ﬁve MERS- CoV-positive patients. We reviewed the therapeutic schedule and the outcome of these patients.
Results: All patients were critically ill with acute respiratory distress syndrome treated with adjunctive corticosteroids and were on mechanical ventilation at the time of initiation of therapy. The median time from admission to therapy with ribavirin and interferon was 19 (range 10–22) days. None of the patients responded to the supportive or therapeutic interventions and all died of their illness.
Conclusions: While ribavirin and interferon may be effective in some patients, our practical experience Pegylated interferon suggests that critically ill patients with multiple comorbidities who are diagnosed late in the course of their illness may not beneﬁt from combination antiviral therapy as preclinical data suggest. There is clearly an urgent need for a novel effective antiviral therapy for this emerging global threat.
ß 2014 The Authors. Published by Elsevier Ltd on behalf of International Society for Infectious Diseases. Open access under outcome of the use of a combination of interferon-a2b and ribavirin in the management of ﬁve patients with MERS-CoV Since the discovery of Middle East respiratory syndrome coronavirus (MERS-CoV), the virus has caused 163 cases of disease, with a fatality rate of The disease was initially described 2. Materials and methods in a patient from Saudi Arabia in June 2012.MERS-CoV has caused sporadic cases and clusters in families and healthcare settings.
This was a retrospective observational study of ﬁve MERS-CoV- The best treatment option for the virus is not known. In view of the positive patients who received a combination therapy of interfer- high case-fatality rate and the potential global spread of the virus, on-a2b and ribavirin. We describe the therapeutic schedule, the there is an urgent need to develop effective therapies for this clinical course, clinical and laboratory parameters, and outcomes.
infection. In a recent review, based on therapies used for the related severe acute respiratory syndrome (SARS) coronavirus, the 2.1. MERS-CoV testing possible use of interferon and ribavirin was considered as a therapeutic option.The purpose of this study was to describe the Either Dacron ﬂocked nasopharyngeal swabs or tracheal aspirates were obtained from the patients, and these were submitted to the Ministry of Health MERS-CoV laboratory for MERS-CoV diagnosis. The clinical samples were screened at the Ministry of Health laboratory using a real-time reverse transcrip- tase PCR.Ampliﬁcation targeted both the upstream E protein (upE gene) and open reading frame 1a (ORF1a) for MERS-CoV * Corresponding author. Tel.: +966 13 877 3524; fax: +966 13 877 3790.
testing, and a case was considered positive if both assays were E-mail addresses: , (J.A. Al-Tawﬁq).
positive, as described previously ( 1201-9712 ß 2014 The Authors. Published by Elsevier Ltd on behalf of International Society for Infectious Diseases. Open access under