Oxygen plasma-treated gold nanoparticle-based field-effect devices acetone. In order to stop further undesirable hydrolysis and thoroughly washed with distilled water and stored in condensation reactions in the newly formed films, the 4.5 mM PBS buffer, pH 7.5, when not in use.
sensors were washed for 10 min in 1 mM aqueous aceticacid solution and then rinsed with water and dried. A gold Surface characterization by ellipsometry, contact-angle nanoparticle monolayer was deposited on the silanized measurements, light-reflectance spectroscopy, and XPS samples by immersion of the sensor in toluene–gold sol for Thickness and homogeneity of the silane layer were 12 h. The sensors were then washed in toluene, isopropanol, characterized by imaging ellipsometry (IE) (EP3, Nanofilm acetone, and water.
Germany) equipped with a frequency doubled Nd:YAG laser(532 nm) and 60° incident angle. The imaging was Sensor treatment with oxygen plasma The sensor treatment conducted over an image area of 0.1 mm2 with a lateral with O2 plasma was done always for 10 s in microwave resolution of 2 μm. Ellipsometry was used to control the plasma. The oxygen partial pressure in nitrogen atmosphere thickness of the organosilane layer after every silanization was 1.42 mbar. The plasma power was a subject of the procedure. Optimal sensor performance was achieved when additional studies described below.
the thickness of the organosilane layer was 1.6–2.0 nm,which is equivalent to the thickness of two monolayers. The β-cyclodextrin (β-CD)-modified sensor Aminomethyl β- contact angle was measured with an OCA20 CA system cyclodextrin was synthesized according to ref. ]. The (Dataphysics, Germany) utilizing the Sessile drop method purity of the product was verified by H-NMR and with 5 μl Milli-Q distilled water. Each substrate was dried elemental analysis. The gold-modified surface was treated with nitrogen before the measurement. Light reflectance of with O2 plasma (10 s, 200 W) and then immersed in ethanol the gold-coated sensors was measured using a Cary 1E UV– overnight. Then, the sensor was left for 24 h in a water vis spectrophotometer (Varian) operated in the reflectance solution of aminomethyl β-cyclodextrin (50 mg/ml). The mode. SEM (scanning electron microscopy) images were sensor was ready for use immediately after careful water performed by Zeiss Gemini 1550 at 60°. XPS (X-ray wash to remove free aminomethyl β-CD.
photoelectron spectroscopy) measurements were done usingPHI 5600 equipped with a monochromatic AlKα radiation Modification of sensor with penicillinase Two methods were used to prepare the penicillin sensors: 1. Physical adsorption—3 mg of penicillinase were Electrochemical measurement setup dissolved in 1.5 ml of PBS buffer (pH 7.5, 20 mM);0.15 ml of this solution was pipetted onto the surface of The schematic cross-section of the EIS sensor and the the sensor and evaporated under nitrogen. The sensor measurement set-up is presented in Fig. The EIS sensor was washed with distilled water and kept in a was mounted into a home-made measuring cell, sealed by refrigerator when not in use.
an O-ring and contacted on its front side by the electrolyte 2. Chemical coupling—The gold nanoparticle-modified and on its rear side by a gold-plated pin. An Ag/AgCl sensor was washed twice with water, twice with DMSO electrode (3 M KCl, Metrohm) that was used as a reference and then left for 6 h in 4 mg/ml dithiobis(succinimy- electrode was mounted from the top side. The side walls dylpropionate) (DSP, from Pierce, Rockford, IL; ) in DMSO solution according tothe procedure of Pierce []. It was then washed twotimes with DMSO, two times with water and transferred into 2.1 mg/ml of penicillinase in PBS buffer (pH 7.5, 20 mM) for overnight storage at 4 °C. Next, the sensorswere thoroughly washed with distilled water and stored in 4.5 mM PBS buffer, pH 7.4 when not in use.
Modification of the sensor with glucose oxidase The gold nanoparticle-modified sensor was washed two times with water, two times with DMSO and left for 6 h in 4 mg/mlDSP in DMSO. It was then washed two times with DMSO,two times with water and transferred into 4.9 mg/ml ofGOx (Aldrich, 121 U/mg,) in NH4Ac 4.5 mM buffer, Fig. 1 Schematic cross-section of the EIS sensor modified with gold pH 6.8 for overnight storage at 4 °C. Next, the sensors were nanoparticles and measurement setup. RE reference electrode 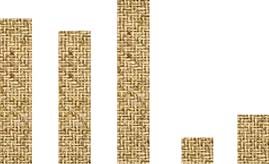 J. Gun et al.
Fig. 2 Sensor preparation: step 1 bare Si/SiO2 sensor chip, step 2 silanization, step 3 gold colloid deposition, step 4 oxygen plasma treatment,step5 surface modification of gold nanoparticles and backside contacts of the EIS sensor chip were protected mounted into the measuring cell; before testing, the sensors from the electrolyte solution by means of an O-ring, were preconditioned in phosphate buffer solution for at least thereby circumventing the need for a complex encapsula- 2 h. Unless otherwise stated, the impedance measurements tion process. The contact area of the EIS sensor with the were carried out in 18 mM phosphate buffer, pH 7.4, in a solution is determined by the diameter of the O-ring and frequency range varying from 1 Hz up to 1 kHz. C–V was about 0.5 cm2. All measurements were performed in a measurements were carried out at 100 Hz frequency in the dark Faraday cage at room temperature. All potential values voltage range from −4 V to 1 V. The ConCap measurements are referred to the reference electrode.
were performed at a frequency of 100 Hz, unless otherwise The electrochemical characterization of the EIS sensors was performed by means of capacitance–voltage (C–V),impedance spectroscopy, and constant-capacitance (ConCap)methods using an impedance analyzer (Zahner Elektrik, Results and discussion Kronach). For operation, a direct current polarisation voltagewas applied via the reference electrode to set the working Sensor surface characterization point of the EIS sensor, and a small alternating currentvoltage (20 mV) was applied to the system in order to The fabrication of the sensor was a multistage process measure the capacitance of the sensor. The sensor chips were (Fig. involving silanization, gold colloid deposition, Fig. 3 Electrochemical charac- Initial sensor (1)
terization of the EIS sensor by means of C–V measurements Gold colloid modification (3)
after each preparation step. The O2 plasma treatment (4)
inset shows the shift of CD modification of gold surface (5)
flat-band voltage FBP shift, mV -400
Voltage, V 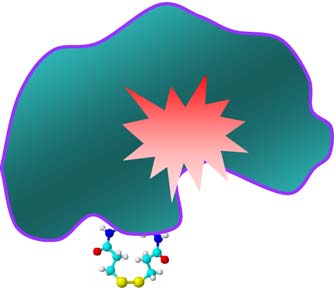 OFFICE OF PUBLIC WORKS Before the Deluge Tony Smyth, Director of Engineering Services and Chief Engineer in the Office of Public Works, talks John Walshe through the OPW's efforts to revolutionise flood risk management in Ireland via the Catchment Flood Risk Assessment and Management (CFRAM) programme. The CFRAM programme is set EU FLOODS DIRECTIvE