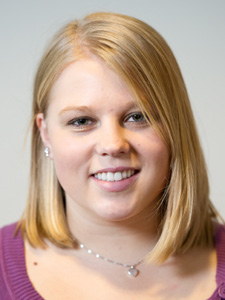 Exercise-Induced Bronchoconstriction in School-Aged Children Who Had Chronic Lung Disease in Infancy Suchita Joshi, PhD, MRCPaed1, Thomas Powell, PhD2, William J. Watkins, PhD1, Mark Drayton, MD, FRCPCH3, E. Mark Williams, PhD2, and Sailesh Kotecha, PhD, FRCPCH1 Objectives To assess for exercise-induced bronchoconstriction in 8- to 12-year-old children who had chroniclung disease (CLD) in infancy, and to evaluate the response of bronchoconstriction to bronchodilation with albuterolin comparison with preterm and term controls.Study design Ninety-two children, including 29 with CLD, 33 born preterm at #32 weeks' gestation, and 30 bornat term, underwent lung spirometry before and after cycle ergometry testing and after postexercise bronchodilationwith albuterol.Results Doctor-diagnosed asthma and exercise-induced wheeze were reported more frequently in the CLD groupthan in the preterm and term groups, but only 10% were receiving a bronchodilator. There were no differencesamong the groups in peak minute ventilation, oxygen uptake, or carbon dioxide output at maximum exercise. Aftermaximal exercise, predicted forced expiratory volume in 1 second (FEV1) decreased from a mean baseline value of81.9% (95% CI, 76.6-87.0%) to 70.8% (95% CI, 65.5-76.1%) after exercise in the CLD group, from 92.0% (95% CI,87.2-96.8%) to 84.3% (95% CI, 79.1-89.4%) in the preterm group, and from 97.5% (95% CI, 92.5-102.6%) to90.3% (95% CI, 85.1-95.5%) in the term group. After albuterol administration, FEV1 increased to 86.8% (95%CI, 81.7-92.0%) in the CLD group, 92.1% (95% CI, 87.3-96.9%) in the preterm group, and 97.1% (95% CI, 92.0-102.3%) in the term group. The decrease in predicted FEV1 after exercise and increase in predicted FEV1 after bron-chodilator use were greatest in the CLD group (11.0% [95% CI, 18.4 to 3.6%] and 16.0% [95% CI, 8.6-23.4%],respectively; P < .005 for both), with differences of <8% in the 2 control groups.Conclusion School-age children who had CLD in infancy had significant exercise-induced bronchoconstrictionthat responded significantly to bronchodilation. Reversible exercise-induced bronchoconstriction is common in chil-dren who experienced CLD in infancy and should be actively assessed for and treated. (J Pediatr 2013;162:813-8).Survivorsofchroniclungdisease(CLD)ofprematurity,oftenalsocalledbronchopulmonarydysplasia(BPD),havein-