The SiGMA algorithm and corresponding guidelines for the antipsychotic treatment of schizophrenia and
related disorders were developed out of the finding that across the twelve provider units of Greater
Manchester, the use of, and expenditure on, clozapine and the other new atypical antipsychotic drugs varied
greatly. There were no locally agreed standards or guidelines in place for the prescription of such drugs. Individual Trusts varied in whether they had current guidelines for the prescription of antipsychotic medication, the content of such guidelines, and the extent to which the guidelines were being followed by clinicians. The SiGMA guidelines have been adapted by the Manchester Mental Health and Social Care Trust Medicines Management Committee taking into account the NICE Guidelines ‘Guidance on the use of newer (atypical) antipsychotic drugs for the treatment of schizophrenia'. The guidelines and accompanying algorithm offer a first-line choice of atypical or conventional antipsychotic treatment to be made in consultation with the patient, although the preferred treatment of choice would be an atypical antipsychotic. The algorithm avoids unnecessary delays in proceeding to clozapine, if appropriate and recognises evidence for psychological therapies in improving the outcome for patients with schizophrenia.
Patient group: Primarily patients aged between 16-64 years with schizophrenia or related functional
disorders. For patients with these conditions who are elderly, lower doses than in younger adults should be
considered and particular attention paid to side-effects.
SiGMA/ MMHSCT: Prescribing Antipsychotic Drugs in Schizophrenia
Guidelines for use [compatible with NICE guidance]

Atypical Antipsychotic Drug Treatment
 The newer atypical drugs (amisulpride, olanzapine, quetiapine, risperidone, zotepine) are at least as effective first line agents as haloperidol and have less EPSEs. LE 1. The data for zotepine are not as
secure as for other new atypicals. In diabetics and patients with risk factors for diabetes mellitus, receiving treatment with olanzapine, appropriate clinical and blood glucose monitoring should be conducted2.  Choice should be based on clinical considerations (efficacy, indications and likely side-effects) Increased Weight gain (haloperidol prolactin
Key: - absent; (+) ?absent or minor; + minor effect; ++ moderate effect; +++ severe effect

1 Situations in which typical antipsychotics favoured over atypical include: previous good efficacy and tolerability; need for parenteral
antipsychotics in emergency treatment; intolerance of non-neurological side-effects; pregnancy

2 CSM Pharmacovigilance Report, April 2002
3 Separate guidance to be made available for usage
Suggested dosing schedules: At 14 days, if no response At 21-28 days, if no 200mg bd (50mg bd predom. 400mg bd (100mg bd 600mg bd max BNF predom. negative Sx) dose(150mg bd predom. negative Sx) 25mg bd day 1, 50mg bd day 300mg to 450mg/ day in 500mg to 600mg/ day in 2, 100mg bd day 3, 150mg divided doses, max 2mg od day 1, 4mg od day 2 6mg od 7mg od to recommended max 10mg od (BNF max 16mg od) 25mg tds increasing at 4 200mg to 300mg in three Max 300mg/ day days to 50mg tds  When more than one atypical drug is considered appropriate choose the drug with the likely lowest purchase cost for that individual (see cost table below) 28 days hospital cost Adapted from Oxford MH Guidelines
Conventional Antipsychotic Drug Treatment
 Haloperidol, chlorpromazine or sulpiride are reasonable first line conventional treatments. Parenteral (IM) Preparation Chlorpromazine +++  Patients in a first episode are usually responsive to low doses, but are susceptible to EPSEs4. Imaging studies show that drugs like haloperidol work when dopamine D2 receptor occupancy exceeds 60%. EPSEs emerge above 80% occupancy. Haloperidol 2 mg daily will give over 60% occupancy in most patients. Few first episode patients will need doses in excess of 6 mg haloperidol equivalents per day. 4 Extra-pyramidal side-effects Suggested dosing schedules: At 14 days, if no response At 21-28 days, if no response  Psychotic symptom response can take 10-14 days to begin. Haloperidol is a "high potency" drug5. EPSEs are common, particularly acute dystonia, Parkinsonism and akathisia. There is a parenteral preparation. Chlorpromazine is more sedative. The recommendation for sulpiride recognises that it has a relative lack of EPSEs. Systematic review (of limited data) indicates that it is as effective as typical antipsychotics. Mid-potency drugs such as chlorpromazine and sulpiride are probably preferable to haloperidol, in first episodes, due to the high incidence of EPSEs. LE1/ 2
 For acutely agitated or disturbed patients, adding a sedative such as a short-acting benzodiazepine is better practice than using high dose antipsychotic treatment. Lorazepam 1-4mg orally or IM 6 hourly is recommended. For patients with anxiety symptoms, whilst the antipsychotic effects are awaited, diazepam
2-5 mg three times daily should be used. Neither drug should be continued on a regular basis for more
than 2 weeks. LE 2
 If EPSEs emerge, especially likely with the use of an initial conventional antipsychotic, one option is to add an adjunctive anticholinergic (such as procyclidine 5mg tds). The need for continuation should be reviewed every 3 months and withdrawal tried if no current EPSEs. At this point, the patient could equally be changed to a new atypical, bearing in mind that atypicals have their own side-effects e.g. weight gain. EPSEs in the first episode are known to be important causes of future non-compliance and their presence or absence should be monitored carefully, ideally using a valid side-effect rating scale.  Similarly, akathisia responds poorly to anticholinergic drugs. Adding propranolol 30 mg daily or switching to an atypical drug should be considered. LE2

 As needed (PRN) antipsychotic drug treatment should, if possible, be of the same medication as that
given regularly, e.g. haloperidol up to 10 mg orally or IM up to 6 hourly.  Initiating or changing an antipsychotic drug should be recorded in the case-notes, with reasons given for later reference. Record of progress including using simple rating scales for efficacy and tolerability at intervals is good practice in secondary care.  All dosages should remain within those outlined within the BNF, following their recommendations for initiation and maintenance treatment. High dose prescribing is not advisable. Where undertaken, Royal College of Psychiatrists' guidelines should be followed.  The co-prescribing of two or more antipsychotic drugs at the same time, including atypical with typical drugs, apart from transitional periods, has no proven advantages in general6. Disadvantages include
increased side-effects and difficulty in calculating the total cumulative dose being taken. LE 1
5 Fewer milligrams needed for a clinical effect 6 But see later note under 4th line treatment: Beyond clozapine
 The following drugs should in general only be initiated by a psychiatrist: -
Depot preparations Clozapine
Second-stage treatment
 The new atypical drugs are less likely to cause EPSEs than haloperidol. Thus, they should be considered
at this stage for patients receiving treatment with conventional antipsychotics who have unacceptable levels of EPSEs impairing quality of life or compliance. Also, they should be considered if first line conventional drugs have led to a poor clinical response after 6-8 weeks. There is little evidence that
changing from one conventional to another if the first has not worked is worthwhile. LE 1
 If an atypical has been used first line and led to unacceptable side-effects, choosing a drug with a different side-effect profile is advised. If there has been poor response there is a lack of evidence about the next
step and it would be reasonable to choose a drug with different pharmacology. LE3

Resistant symptoms
 Clozapine is still the only drug whose efficacy has been shown to exceed all other antipsychotic drugs. It
is prescribed for treatment-resistant schizophrenia and is effective in about 60% of patients. It is currently
underused in clinical practice. LE1

 Evidence of treatment-resistance is defined by NICE as the lack of satisfactory clinical improvement
despite the sequential use of the recommended doses for 6-8 weeks of at least 2 antipsychotics, at least one of which should be an atypical.  Recent trials of cognitive behavioural therapy (CBT) have shown improvements in patients with treatment- resistant schizophrenia. Its use alongside medication, including clozapine, can lead to improved quality of
life and symptom outcomes. LE1

Beyond clozapine
 The use of sulpiride in addition to clozapine, in patients who are unresponsive to clozapine, has been
tested in one small RCT. LE2

 The addition of risperidone to clozapine may be effective in some cases. LE3

 ECT has an effect on positive psychotic symptoms, but this lasts for 2-6 weeks only. LE2
Maintenance
 The minimum length of time a patient is maintained on antipsychotic drug treatment once in remission
depends partly on the severity of past illness. Following a single first episode with a pre-treatment duration of illness of less than one month, a minimum maintenance period of 12 months is recommended. For a first episode with longer duration of untreated psychosis, or a second or later episode, a minimum of 2 years. The minimum effective dose should be used. Maintenance dosages below the lower limits of BNF
ranges are associated with increased relapse, as are intermittent regimes. LE2
 Depot typical antipsychotics are useful where adherence is intermittent, chaotic or unclear. They are not a solution for patients who explicitly do not wish to comply with any medication. They have a higher risk of EPSE than oral drugs, both conventional and atypical. Their pharmacokinetics mean that dose increases should not be more frequent than 8-weekly. They can continue to protect against relapse for several months after the drug is stopped. Depot atypical antipsychotics are now emerging and becoming licensed (e.g. risperidone Consta) Acute relapse / Treatment of Further Episodes
 Advanced directives as to treatment choices in acute schizophrenic episodes should be developed where
possible and documented in individuals' care plans  Assess likely reasons for relapse, including drug dose reduction, drug non-adherence, life stress, street drug abuse. Day-patient or inpatient admission may be needed.  Review current antipsychotic drug and dosage. Where possible apply advanced directives and/ or make treatment choices jointly with individual based on informed discussion. If there has been good response to, and tolerance of, a specific typical drug previously, then this is the drug of choice. For patients experiencing further episodes or illness relapse with intolerable EPSE on conventional treatment, switch to treatment with an atypical agent. For patients with clear evidence of treatment resistance (i.e. 2 adequate trials of antipsychotic drugs) a decision could be made to proceed to treatment with clozapine.  If relapse occurred off medication, including non-adherence, restart antipsychotic drug to which patient has responded previously. Choice of drug and dosage should be influenced first by a thorough review of past case-notes to evaluate past response, including side-effects, to individual drugs. 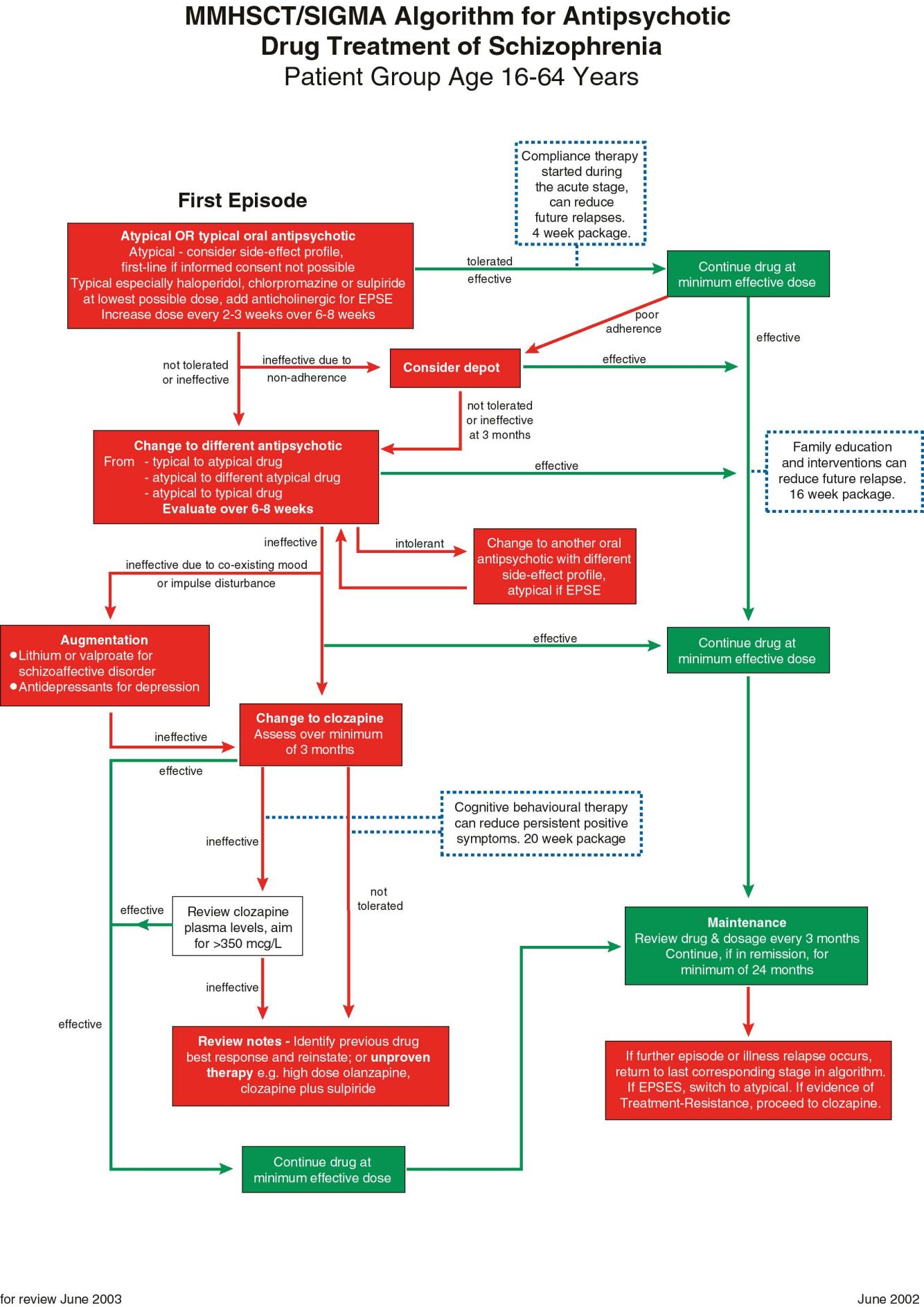 2014 Fall Newsletter Friends of IWIRC NY, In This Edition Fall is here and along with the seasons, things are changing over at IWIRC NY! It is election time, when half of our board will roll off and make way for new members and fresh ideas. While we are sad to see our parting board members go, we are excited to work with what looks to be an impressive field of candidates!

Cheryl Lopate, MS, DVMDiplomate, American College of Theriogenologists Pyometra in the Bitch Pyometra is a condition that affects intact bitches, causing a variety of clinical signs and symptoms. Pyometra is typically pre-empted by pathologic changes in the uterus. The Greekderivation of pyometra is: pyo = pus and metra = uterus, so pyometra = an accumulation of pus inthe uterus.