COGS
Machine Consciousness: A Design Procedure.
Abstract: Whether anyone likes it or not, there is something out there that goes under the heading
of ‘machine consciousness' or ‘models of consciousness'. It leads to gatherings of people who come from different backgrounds, some from AI and some from computer modelling of the brain. I fall into the second group and will talk of possible contributions that understanding brain mechanisms through digital models might make to the question: is it possible to build a conscious machine? I shall give a brief description of the digital methodology and then suggest that five major, personally felt attributes are fundamental: perception, imagination, attention, prediction and emotion. These are due to interlocking mechanisms in the brain which might serve as design models for a conscious machine. If time permits, this will be examined against Chalmers' philosophical objections to the idea of a conscious machine.
Neuro-IT Brussels 2/12/03 Machine Consciousness: A Fragile and Embryonic Paradigm Igor Aleksander FREng Leverhulme Fellow and Research Professor Imperial College, London Visiting Research Fellow, U. Sussex Machine Consciousness Conferences 2001: Cold Spring Harbour 2003: Symposium at ASSC 7, Memphis 2003: ESF Workshop, Birmingham 2003: NoE ‘Exyxtence' Workshop, Turin "… For twenty years I have mistrusted consciousness . It is the name of a non-entity and has no right place among first William James ‘Does Consciousness exist?' 1904

"… Plato, Descartes and Eccles, make no clear distinction Being conscious means that I between the terms am experiencing internally ‘consciousness', an out-there world, self , past, future, intention and fiction. ‘mind' and ‘soul'. But in the modern context My Mind is the sum total of these terms have my capacity for having such different meanings." Soul is best left to Max Velmans, ‘Understanding Consciousness' 2000 There comes a time when you have to stop talking and MAKE SOMETHING EVEN IF IT IS A MISTAKE! The late Tom Kilburn of Manchester OBJECTIVES FOR MAKING THINGS To explore ‘what it is to be conscious' with To achieve behaviours in machinery that, in areas of technological need, approach the competence achieved by conscious organisms.
(e.g. an autonomous exploratory robot on Mars) THERE IS A SPECTRUM OF WAYS IN WHICH PEOPLE APPROACH WHAT IS IT TO BEHAVE WHAT ARE THE ESSENTIAL IN A CONSCIOUS WAY? MECHANISMS FOR BEING Today's talk ….
The Importance of Neural In retrospect … (where I come from…) 11 years of agonising about the possibility of MC: From an automata theory/material point of view 1992: The Colin Cherry Memorial lecture 1996: ‘Impossible Minds': 1 postulate 11 corollaries 2000: Depictive theory published 2001: Axioms introduced at Skovde 2003: Axiomatic/Depictive theory published in JCS What could be special Key design principle: about mechanisms that can produce for them what for me Introspection, shunned by psychologists OK for developing "an inner sensation of world, self , past, Written as axioms: i.e. future, intention and features resulting from WHAT USE ARE INTROSPECTIVE AXIOMS? What set of mechanisms could support the inner sensations described by the set of axioms? Aleksander & Dunmall: Axioms and Tests for the Presence of Minimal Consciousness in Agents, Journal of Consciousness Studies June, 2003) I am in the middle of an "out there" world.
I can recall ‘out there' worlds and imagine worlds.
I am only conscious of that to which I attend
I imagine doing future things.
My emotions affect and are affected by my decisions
First Person Phenomenon: I feel as if I am in the middle of an "out there" world.
Unique minimal world events have a unique coding (easy with a cellular Minimal events compose complex events both in the world and the mechanism OUT THERE ??
What (visual) signals Where? (muscular) signals Evidence:
Galletti and Battaglini, J Neurosci,9, 1112-1125, 1989 > V3 (Gaze-locked)
Galletti et al, Europ J Neursci,9(2),410-413, 1997 >Arm movment in vis sys V6A.
Galletti et al, Exp. Brain Res. 96 (2): 221-229,1993 > Head-indexed in parietal.
Bender & Youakim, J Neurophys,85(1),219-234, 2001> Att. Lock V2,V4, 7a.
Boussaoud et al, Exp Brain Res,128 (1-2): 170-180,1999> All visuomotor paths.
Trotter & Celebrini, Nature, 15(5): 398(6724): 239-242,1999>
Trotter et. Al, J Neurophys,76(5), 2872-2885, 1996 > View dist. Coded in V1
Bremmer et al., Europ J Neursci,10(1),153-160, 1998 > V3A, 7a, V6 Post. Pariet
Duhamel et.al., Nature,389 (6653): 845-848, 1997 > Ventral IntraParietal
Guo & Li, Neuroreport, 8 (6): 1405-1409,1997 > All over striate cortex
Siegel, Jour of Comp Neursci, 5(4), 365-381, 1998> Gaze locking in parietal 7a
Gdowski et.al., Exp. Brain Res. 135 (4): 511-526, 2000 > Neck/gaze coding.
Desimone, Proc Nat Acad Sci. USA (93): 13 494-9, 1996> Attention in extrastriate
Aleksander & DunmallProc R. Soc. London B, Jan 22, 2000 The design that captures • Composition from • Out-thereness (Alva Noe:
First Person Phenomenon: I can recall ‘out there' worlds and imagine worlds I have never experienced.
Depictive neural firing is sustained due to cells forming layers ‘re-entering': (Major link with complexity phenomena) Communicating neurons: memory and 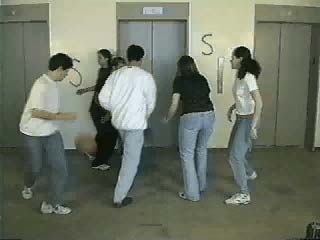 First Person Phenomenon: I am conscious of only that to which I attend.
External Attention: Is driven by localization signals for important events in the ‘out-there' world and continuity.
Internal Attention: Is driven by the use of internally driven motor locking signals (inverse to reconstruction) Informational continuity First Person Phenomenon: I imagine future events in the world and determine my actions to get what Iwant.
Depictive states have a chaining property shaped by learning and recalled in imagination. Re - entry is again responsible for this First Person Phenomenon: My emotions affect and are
affected by my decisions.
Structures continually (and innately?) evaluate perceptual and imagined future events in preparation for action .
Emotions have a global effect on depictive structures The Emergence of A vital corollary resulting from the Combinations of sensory, imaginational, attentional and affective depictions lead to descriptions starting with the word I Putting the material implications together: A mimimal, necessary architecture.
Some past work from a MC standpoint Imagining Colour & Shape (Ax 1,2) Saccadic Face Perception and Recognition Theory of depiction (Ax 1,2) Planning and Stacking Action (Ax 1,2,3,4) Mobile Robot (Ax 1,2,3,4) Visual Deficits in Parkinson's disease (Ax1,2,3) It has a depiction of the world out there from its own point of view, (AX1) It has depictive recall of what it is not attending. It attends to a colour of interest (AX 3) It decides on what it wants and gets it ( 1/2 of AX 4) Creation of an informational concept of neural systems capable of ‘being conscious' Integration of cognitive faculties in architectures Achievement of new levels of

Uncaria tomentosa Family: Rubiaceae Common Names: cat's claw, unha de gatoParts Used: Vine bark, root Description Cat's claw (U. tomentosa) is a large, woody vine that derives its name from hook-like thorns that grow along the vine and resemble the claws of a cat. Two closely related species of Uncaria are used almost interchangeably in the rainforests: U. tomentosa and U. guianensis. Both species