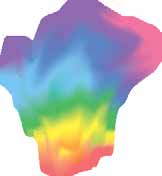 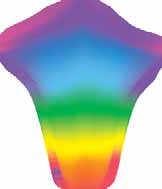 Cutaneous and Cosmetic Laser Surgery Figure 2.3
Beam proﬁle of Candela SPTL-1 from laser head. It exhibits Gaussian-like distribution of energy with some irregularities.
Figure 2.4
Cynosure PhotoGenica V laser from laser head. Like the (Reprinted from Jackson BA, Arndt KA, Dover JS. Journal of the Candela SPTL-1 (see Fig. 2.3), it exhibits Gaussian energy distribution American Academy of Dermatology 34:1000, 1996, with permission with irregularities. (Reprinted from Jackson BA, Arndt KA, Dover JS.
from the American Academy of Dermatology.) Journal of the American Academy of Dermatology 34:1000, 1996,with permission from the American Academy of Dermatology.) and others20–22 further reﬁned the treatment parametersand expanded the use to lesions in adults. This clinical efﬁ- spot size of the two lasers were tested, the Candela laser cacy has been conﬁrmed by other authors,23–29 and the use spot size was up to 35% larger than 5 mm while the Cyno- has been expanded to include the early treatment of cap- sure laser was up to 8% smaller. Therefore it is prudent to illary hemangiomas as well as many different cutaneous check the diameter of the spot with burn paper before lesions that have a vascular component.30–32 switching from one PDL machine to another.
Three manufacturers produce this type of laser. Candela Corporation (Wayland, MA) manufactures the SPTL line of machines, which originally emitted a wavelength of 585 nm and now can emit wavelengths of 590, 595, and 600 nm. The original pulse duration was 450 ms and nowcan be increased to 40,000 ms. The beam proﬁle can be Doubling the frequency and halving the wavelength to circular at 3, 5, 7, 10 and 12 mm in diameter or elliptic 532 nm has made the 1064 nm Nd : YAG laser more poten- at 2 ¥ 7 mm. Maximal energy ﬂuences of 10 or 20 J/cm2 tially useful in the management of vascular lesions. This are available. The Candela machine uses cryogen spray laser is produced by Continuum (CB Diode/532), and other cooling. Another PDL is the PhotoGenica V with a 585 nm laser companies. The 532-nm wavelength is at one of the wavelength and the Photogenica V-Star with a 595 nm hemoglobin peaks for 50-mm superﬁcial blood vessels. wavelength and similar spot sizes and power as the Candela This allows some selectivity in treating vascular lesions.
machine manufactured by Cynosure, Inc. (Chelmsford, However, its shorter wavelength does not allow deep MA). Currently produced Candela systems, according to penetration. A preliminary study using the Con-Bio their website, include the Vbeam (6 J output, 595-nm, 0.45- Laser (Continuum) at ﬂuences ranging from 1 to 6 J/cm2 to 40-ms, with 5-, 7-, 10-, 3 ¥ 10-mm handpieces) and (maximum 10 ns, 150 mJ) in mice and rabbit ear veins Cbeam (6 J output, 585-nm, 0.45-ms, 5-, 7-, 10-mm hand- showed a depth of coagulation of 0.73 ± 0.44 mm and hem- pieces). Cynosure currently produces the PhotoGenica V- orrhage of 0.68 ± 0.41 mm. In addition, edema (blistering) Star (8 J output, 585- or 595-nm, 0.5- to 40-ms, with 7-, 10-, was observed at all ﬂuences tested with mild subcutaneous 12-mm and elliptical handpieces and PhotoGenica V (4 J ﬁbrosis and epidermal hypertrophy. Therefore this laser output, 585-nm, 0.45-ms, with 7- and 10-mm handpieces).
can produce vascular injury, but because of its interaction Currently, no manufacturer produces a multi-wavelength with epidermal melanin, it is relatively nonselective.
dye laser. Both the Candela Sclerolaser and the CynosureVLS multi-wavelength systems have been discontinued, Potassium Titanyl Phosphate (KTP)
although they may be available on the used market. The Cynosure PDL uses cold air cooling. The third company isDEKA (Florence, Italy), which produces the Dermobeam at LaserScope (San Jose, CA) has developed a modulated KTP 595 nm with similar spot sizes and pulse durations as the laser that uses an arc lamp running at a constant current other PDL. DEKA uses an integrated cooling system.
pulsed to a much higher current than the lamp can toler- The PDL beam proﬁles may be different between laser ate under current operation. This produces an average companies. With the Candela PDL a 10% to 20% over- power up to 160 W packaged into a single pulse that can lapping spot provides for an even distribution of energy be adjusted to pulse durations of 1 to 100 ms at pulse rates ﬂuence. This is because of the Gaussian distribution of that are adjustable from one to ten pulses per second. Ten beam output. An 18% overlap has been found to cover the watts of power are available, with peak power of up to largest surface area with the least overlap.33 In contrast, the 60 W for pulse widths of 1 to 50 ms. The ﬂuence is deliv- Cynosure PDL has a ‘top hat' distribution of energy ﬂuence ered through a bare ﬁber 1–5 mm in diameter, which can (Figs 2.3 and 2.4).34 In addition, when the 5-mm-diameter be connected to various scanning delivery systems. 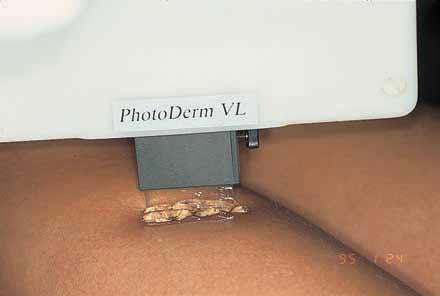 Laser Treatment of Cutaneous Vascular Lesions The KTP lasers are used in three modes when treating directly correlated with the energy ﬂuence, so that if vascular lesions. In one mode the laser is used with the a higher ﬂuence is needed, the pulse duration is longer. Dermastat (LaserScope), which applies a spot size to the The Palomar Palmalite/Prolite features advanced pulse- skin varying in size from 0.1 to 2.0 mm in diameter. forming. The target tissue experiences the pulse burst as The maximum average laser power is 5 W, and the pulse continuous. The ﬁrst third of the pulse train with higher duration can be varied in the range of 0.1 to 1.0 s. The 1- power is said to heat up the target tissue with the lower mm spot size at 5 W with a pulse duration of 0.2 s gener- power last third of the pulse train maintaining the target ates a ﬂuence of 127 J/cm2 on the skin. Higher ﬂuences can tissue temperature.
be selected by using longer pulse durations or smaller spot The ﬂuence is delivered through a quartz or sapphire sizes. These high energies may not be appropriate for treat- light guide with a spot size/surface area of 8 ¥ 15 to 15 ¥ ing PWS in children or pink superﬁcial lesions.
35 mm (Figs 2.6–2.8). This spot size can be further mini-mized by covering the surface area with any opaque covering, such as white paper. All settings are computer Intense Pulsed Noncoherent
controlled to deliver the desired energy to a ﬂashlamp. Theexact wavelength spectral output is proprietary.
The ability to pulse the intense light rapidly within the thermal relaxation time of the target vessel allows an accu- The PhotoDerm VL is the original intense pulsed light mulation of heat to occur within the target vessel with dis- source emitting a continuous light spectrum with most of sipation of heat within the epidermis (Figs 2.9 and 2.10).
its energy ﬂuence between 515 and 1000 nm. Xenon-ﬁlled The use of a cool gel on the skin surface and/or a cooled ﬂashlamps are the primary light source with the lamps crystal that touches the epidermis provides epidermal pro- powered by a capacitor bank. The lamps are cooled by tection to heat generated by the light output (Fig. 2.11).
water which surrounds the lamps and helps in cutting The ability of the epidermis to cool more quickly than the down longer infra-red emissions. The intense pulse light target vessel is a function of the vessel size. When one com- source produces incoherent light whose spectrum can be bines the longer wavelength, longer pulse duration, larger cut off through the use of colored ﬁlters. Filters in standard spot size, and ability to deliver multiple pulses within the use are 515, 550, 560, 570, 595, 610, 645, 695 and 755 nm.
thermal relaxation time of the target vessel, treatment efﬁ- These ﬁlters block out the shorter wavelengths, allowing cacy is enhanced. Multiple sequential pulsing is a propri- the energy ﬂuence to be concentrated up to 1000 nm with etary technology of Lumenis. All other IPL devises use resulting deeper penetration of the high-intensity pulsed variations of increasing ﬂuence with pulse duration and light (Fig. 2.5). Different manufacturers use different various methods of epidermal cooling to selectively heat absorbing ﬁlters to cut-off the lower wavelengths. Palomar blood vessels.
uses a ﬂuorescent ﬁlter to shift the wavelengths to the right The BBLTM intense pulsed light is available as a module preserving the 800–950-nm band (this is said by the for the ScitonProﬁle platform or as a stand-alone system company to help with dermal heating).
(Sciton, Sunnyvale, CA). BBL has the widest single pulse The pulse durations of the Lumenis IPLs can be adjusted width of presently available IPLs and can also deliver from 2 to 25 ms/pulse given as a single, double, or triple double or triple pulses. An integrated thermo-electric pulse with delays between pulses of 2 to 100 ms. The total cooled sapphire crystal cools the treatment area and can energy ﬂuence emitted can range from 3 to 90 J/cm2. Other control skin temperature to within 1°C during an entire IPL devises do not have this degree of variability. Mostsystems have only one or two pulse durations that are Effective penetration (cm)
Figure 2.6
Application of intense pulsed light (IPL) treatment head Figure 2.5
Light penetration into tissue. (Courtesy ESC Medical, to the skin. Pulsed light passes through quartz crystal light guide and layer of clear coupling gel before going into skin.

Cutaneous and Cosmetic Laser Surgery Figure 2.8
Footprint of elliptic pulsed dye laser (PDL) compared with intense pulsed light (IPL) footprint. (Courtesy ESC Medical, Inc.) External light on the skin Figure 2.7
(A) Footprint of the intense pulsed light. (B) Footprint of 5-mm-diameter pulsed dye laser (PDL). (C) Footprint of typical CVL.
(Courtesy ESC Medical, Inc.) heat penetrationduring the time delaysbetween pulses Figure 2.9
Diagram of effect of repetitive pulses of intense pulsed procedure. The contact cooling system uses a high-power light on 2-mm vessel, 1 mm below epidermis. (Courtesy ESC Medical, quad thermoelectric temperature regulator that can be set from 0°C to 30°C allowing the physician to control thelevel of epidermal cooling.
The vascular network leading to facial ﬂushing, redness and ﬁne telangiectasia is very near the surface as is dys- BBL uses an advanced dual-lamp conﬁguration. The life- pigmentation. Surface cooling systems may affect the time of lamps decreases rapidly as they are driven to higher response of the superﬁcial vascular targets and surface pig- energies. Using dual lamps results in each lamp supplying mentation to the IPL. With the proper temperature control half of the energy for a lifetime that is an order of magni- BBL is able to treat vascular conditions and pigmented tude greater than that of a typical single-lamp system. lesions with only 50% of the ﬂuence of many other sys- As a result, BBL comes with a standard 300,000-shot tems leading to greater comfort, safety, and consistency. For warranty. BBL has the following ﬁlters: 420 nm, 515 nm, deeper targets the high power of the quad-thermoelectric 560 nm, 590 nm, 640 nm, 695 nm, and 755 nm.
system can provide deep regulated cooling for maximum Table 2.3 details the present variety of vascular-speciﬁc patient comfort.
lasers available. 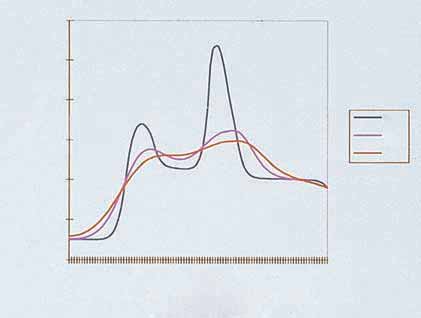 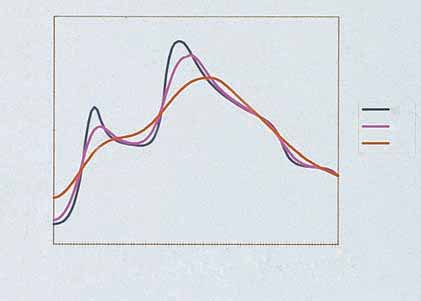 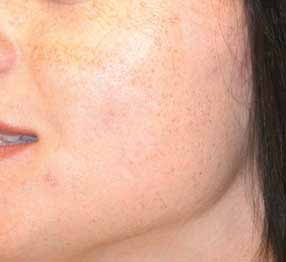 Natural Support for Sexual Performance and Libido For Men and Women James Meschino DC, MS, ND In the normal aging process the decline in sex hormone levels and the declining number of functioning nerve endings in the genitalia region often contribute to a reduction in sex drive, arousal capabilities, climax and intensity of pleasure-full sensations. This can become a source of frustration and disappointment that is a common problem, which affects the quality of life for many men and women over the age of 50. As a result many people turn to hormone replacement therapy and erectile dysfunction medications to help overcome these problems. Unfortunately, hormone replacement therapy can increase risk of breast cancer, endometrial cancer, prostate cancer as well as heart attack and stroke. In addition, erectile dysfunction medication is not suitable for all men, carries risk for sudden death and does not affect libido, only performance. In my view, before resorting to pharmaceutical drugs, individuals should first turn to natural libido and sexual performance-enhancing herbs, which have been shown to be safe and effective in human clinical trials. The following herbal compounds have been used individually for many years by health practitioners in various countries as therapies for low libido and sexual dysfunction. When combined into a single formulation, the synergistic effects of these herbs can exert a potent influence, helping to maximize, restore and prolong sexual desire, arousal and performance in both men and women.