Fig. 3. LTG decreased AP firing elicited from the dendrites without
affecting AP back-propagation in dendrites. (a) Dual simultaneous
whole-cell recordings from soma and dendrites with dendritic current
injection. Under control conditions, APs elicited from dendritic current
injection initiated near the somatic recording site, then back-propagated
to the dendritic recording site, as shown by expanded traces with the
first APs from soma and dendrites (inset). In the presence of LTG
(100 µM), AP firing from dendritic current injection was reduced, but
APs continued to initiate near the somatic recording site and back-prop-
agate into the dendrites. Dendritic recording distance, 165 µm. Resting
potential for all traces, –64 mV. Calibration for insets is same as shown
for Fig. 3, but with voltage 40 mV and time 12.5 ms. (b) Same recording
as in (a), but with somatic current injection. LTG (100 µM) decreased AP
firing elicited from the soma to a much lesser extent than when elicited
from the dendrites, and AP back-propagation remained unaffected. APs
continued to initiate near the somatic recording site (inset).
in amplitude because of the slow inactivation of Na+ currents11
(Fig. 2e). LTG (50 µM) did not significantly affect the amplitudes
of antidromic APs throughout the train, including the first or
last APs in the train. The amplitude of the first back-propagat-ing AP in response to 50-Hz antidromic activation in the pres-ence of LTG (50–100 µM) was 97.3 ± 1.9 % (n = 6) of control APamplitude. Under control conditions, the amplitude of the tenth lishing Gr
AP in the train decremented to 39.2 ± 3.4% (n = 6) of the ampli-tude of the first AP, while in the presence of LTG the tenth AP not due to an effect on AP back-propagation per se, and was inde- was 40.0 ± 4.5% (n = 6) of the first AP amplitude in LTG (not pendent of actions on Na+ channels.
significantly different from control, P > 0.05). These data show To explain how LTG could dramatically affect AP initiation that LTG did not affect the amplitude of back-propagating APs from dendritic current injection while minimally affecting APs in the dendrites, nor their decrement due to dendritic Na+ cur- elicited from the soma, we simultaneously made whole-cell rent entering into a slow inactivated state. Because the ampli- recordings from the soma and distal dendrites. When current 2002 Nature Pub
tudes of back-propagating APs in the dendrites are sensitive to was injected into the dendrites under control conditions, APs small changes in Na+ currents11, these results suggest that the initiated near the somatic recording site (as determined by com- action of LTG on reducing AP firing elicited in the dendrites was paring the latency to onset of dendritic and somatic APs; Fig.
3a, inset), and then back-propagated into the dendrites (Fig. 3a,
Ctrl), consistent with prior studies12,13. In the presence of LTG,
Fig. 4. LTG decreased dendritic excitability by increasing activation of Ih.
(a) Whole-cell dendritic recordings showing subthreshold response to
both hyperpolarizing and depolarizing current injection. Under control
conditions (Ctrl), a slow relaxation of membrane potential (‘sag') in
response to both hyperpolarizing and depolarizing current injection
demonstrated the presence of Ih. In the presence of LTG (50 µM), the sag
was increased in response to both depolarizing and hyperpolarizing cur-
rent injection. Resting potential, –64 mV. Dendritic recording distance,
190 µm. (b) Application of ZD-7288 (ZD, 10 µM), a specific blocker of Ih,
blocked the sag in membrane potential and markedly increased input
resistance in response to current injection under control conditions, pro-
ducing an opposing effect on dendritic excitability compared to LTG.
Resting potential, –70 mV. Dendritic recording distance, 240 µm.
(c) Application of ZD-7288 (10 µM) caused an initially subthreshold den-
dritic current injection (left traces, Ctrl) to produce repetitive AP firing (left traces, ZD). Subsequent application of LTG (50 µM) produced a min-
imal effect on dendritic AP firing in the presence of Ih blockade by ZD-
7288 (left traces, ZD/LTG). Similarly, the voltage sag produced by Ih with
subthreshold hyperpolarizing and depolarizing current injections under
control conditions (right traces, Ctrl) was blocked by ZD-7288 (right
traces, ZD). Adding LTG (50 µM) had no effect on the subthreshold
response in the presence of ZD (right traces, ZD/LTG). Resting potential,
–68 mV. Dendritic recording distance, 180 µm. (d) Group data showing
that the decrease in dendritic AP firing caused by LTG was largely blocked
by previous application of ZD-7288 (ZD/LTG). Drug concentrations and
number of observations for each condition: LTG, 50–100 µM, n = 8;
ZD/LTG, 50 µM LTG and 10 µM ZD-7288, n = 5.
nature neuroscience • volume 5 no 8 • august 2002 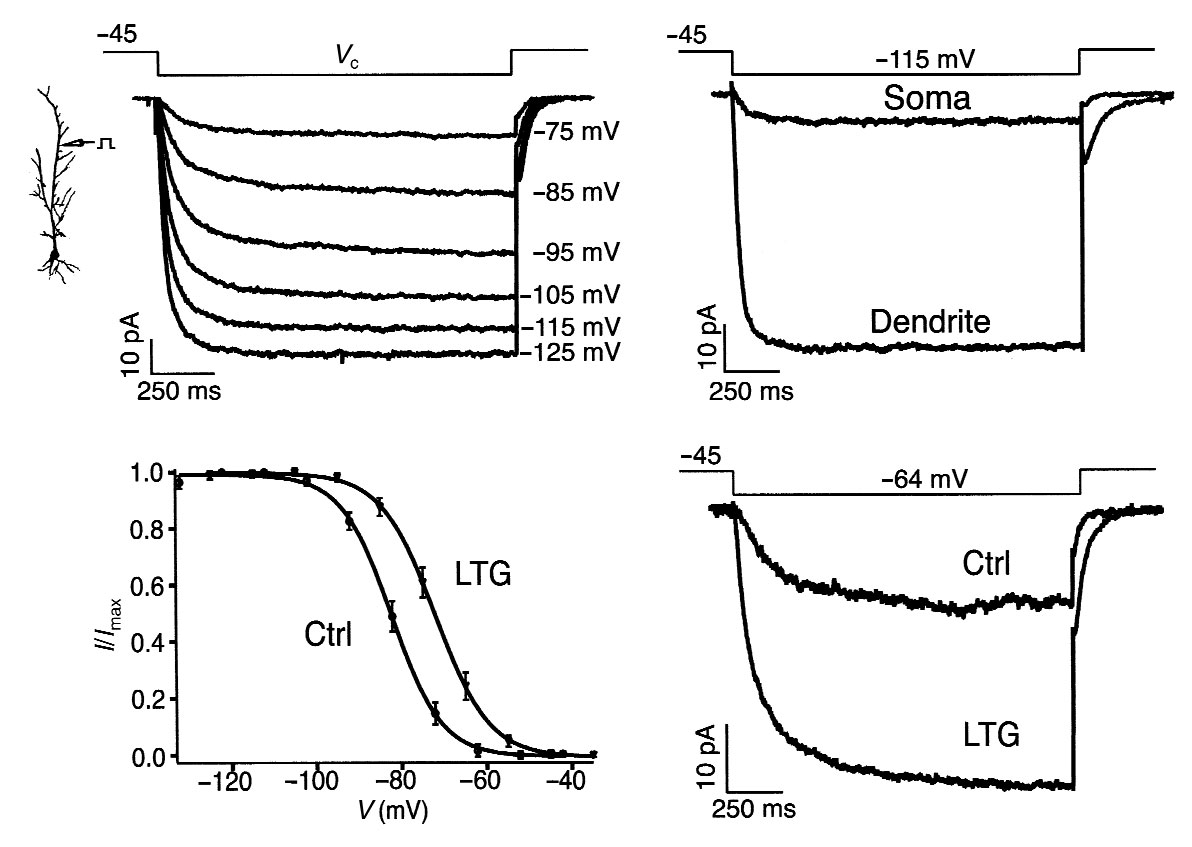 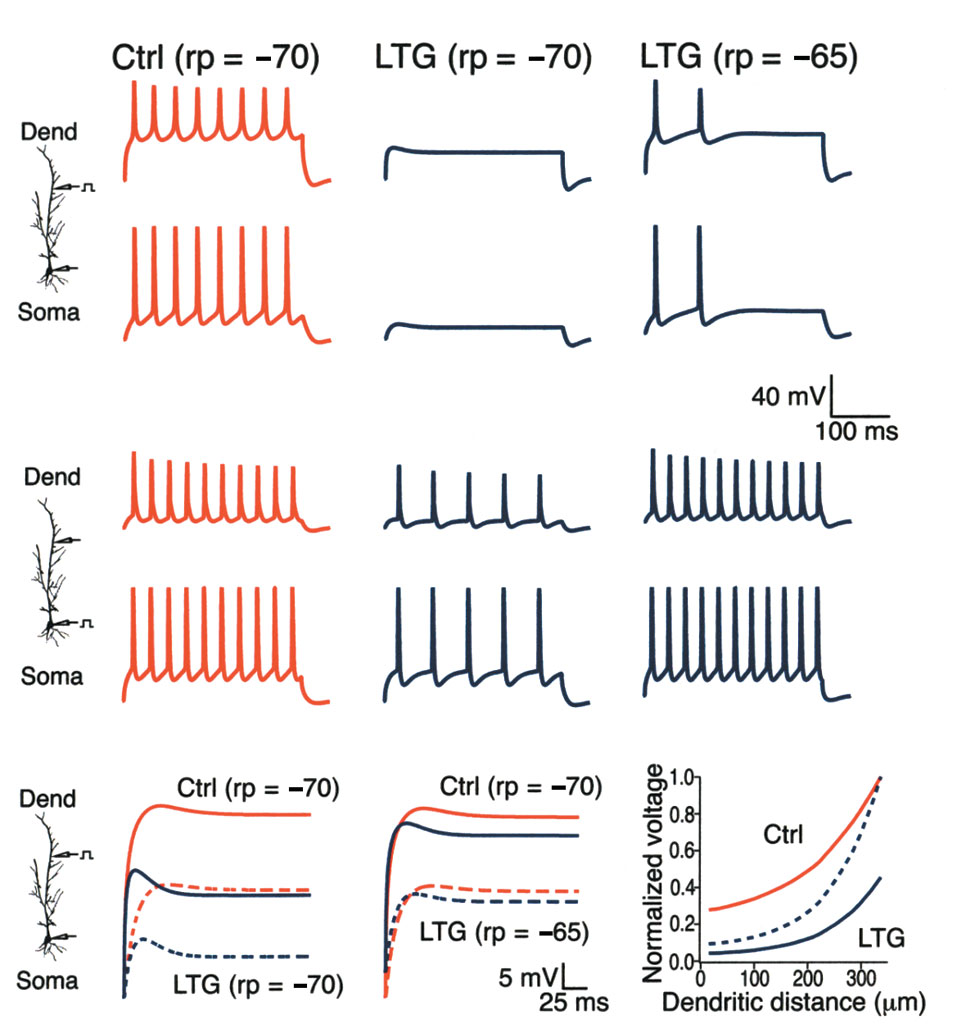 Fig. 5. LTG causes a depolarizing shift in Ih activation.
(a) Dendritic cell-attached patch recordings of Ih.
Hyperpolarizing voltage commands (Vc, labeled at right of
current traces) from a –45 mV holding potential produced
slowly activating inward currents characteristic of Ih.
Dendritic recording distance, 210 µm. (b) Ih recorded
from dendrites was markedly larger than that recorded at
the soma. Current traces shown are with a holding poten-
tial of –45 mV and a voltage command of –115 mV, and are
from different neurons; dendritic recording distance,
200 µm. (c) Ih activation from dendritic cell-attached
patch recordings. Addition of LTG (100 µM) to the pipette
solution produced an ∼11 mV depolarizing shift in Ih acti-vation (LTG) compared to control conditions (Ctrl; V1/2roughly –83 mV; V1/2 in LTG, roughly –72 mV). Number of observations for each point in activation curves: control,
n = 7; LTG, n = 6. (d) Representative Ih from voltage com-
mands near rest in a neuron under control conditions
(Ctrl) and a separate neuron with LTG (100 µM) in the
recording pipette; to facilitate comparison, control cur-
rent trace was scaled such that maximal Ih was the same in
both control and LTG conditions.
AP firing was significantly reduced; however, APs still initiated not altering the back-propagation of APs into the dendrites, but near the somatic recording site and back-propagated into the instead was decreasing the transmission of current injected from lishing Gr
dendrites (Fig. 3a, LTG). When current was instead injected at
the dendrites.
the soma (Fig. 3b), APs continued to initiate near the soma (Fig.
3b, inset) but LTG had a much smaller effect on AP firing rate,
LTG affects subthreshold response of dendrites
and did not affect the back-propagation of APs into the den- Prolonged hyperpolarizing and depolarizing subthreshold cur- drites. (Note that the initial dendritic AP in the train was of sim- rent pulses injected into the dendrites under control conditions ilar amplitude in both control and drug conditions, but that the produced voltage waveforms with a slowly activating relaxation amplitude of subsequent APs varied with firing frequency, (or ‘sag') that indicated the presence of the Ih current14,15. Ih is a 2002 Nature Pub
reflecting decrement due to frequency-dependent slow inacti- slowly activating, non-inactivating inward current which is active vation of Na+ channels11.) These results confirmed that LTG was at resting potential and increases its activation with hyperpo- Fig. 6. Ih activation decreased AP firing in a computational model. (a) Simulated AP firing in the dendrites (upper traces) and at the soma (lower
traces) in response to dendritic current injection. Responses are shown under control conditions with resting potential (rp) set at –70 mV, and dur-
ing increased Ih activation (10-mV shift) with rp set at –70 mV or –65 mV to simulate the depolarizing action of a 10-mV shift in Ih activation. A simu-
lated increase in Ih activation abolished AP firing from dendritic currentinjection when resting potential was held at control levels, and produced asignificant decrease in AP firing when resting potential was allowed to depolarize to –65 mV. (b) Same conditions as in (a), but with somatic cur-
rent injection. A simulated increase in Ih activation produced a much
smaller effect on AP firing from somatic current injection than with den-
dritic current injection when resting potential was held at –70 mV. When
resting potential was held at –65 mV, increased Ih activation no longer
reduced AP firing from somatic current injection. Dendritic distance, 200
µm. (c) Simulated decay of voltage transients in response to a 700-pA step
current injection at 350 µm in the dendrites. When resting potential was
held at –70 mV, the steady-state voltage recorded in the dendrites under
control conditions (Ctrl; solid red line) was markedly reduced by a 10-mV
shift in Ih activation (LTG; solid blue line). The corresponding responses at
the soma (dashed lines) show an even larger proportional reduction in the
steady-state voltage. (d) Same responses as in (c), but with resting poten-
tial held at –65 mV to simulate the depolarization occurring with a 10-mV
shift in Ih activation. Under these conditions, the steady-state membrane
potential at the soma resulting from current injection in the dendrites was
still reduced compared to control. (e) Plot shows the steady-state depo-
larization from resting potential occurring along the dendrite produced by
a 650-pA current injection at 350 µm in the dendrites. Solid lines showdepolarization under either control (Ctrl) or increased Ih activation condi-tions (LTG; 10-mV shift) normalized to the peak depolarization at the siteof current injection under control conditions. Dashed line shows depolar-ization during increased Ih activation normalized to peak depolarization inthat condition. Resting potential, –70 mV in all traces.
nature neuroscience • volume 5 no 8 • august 2002 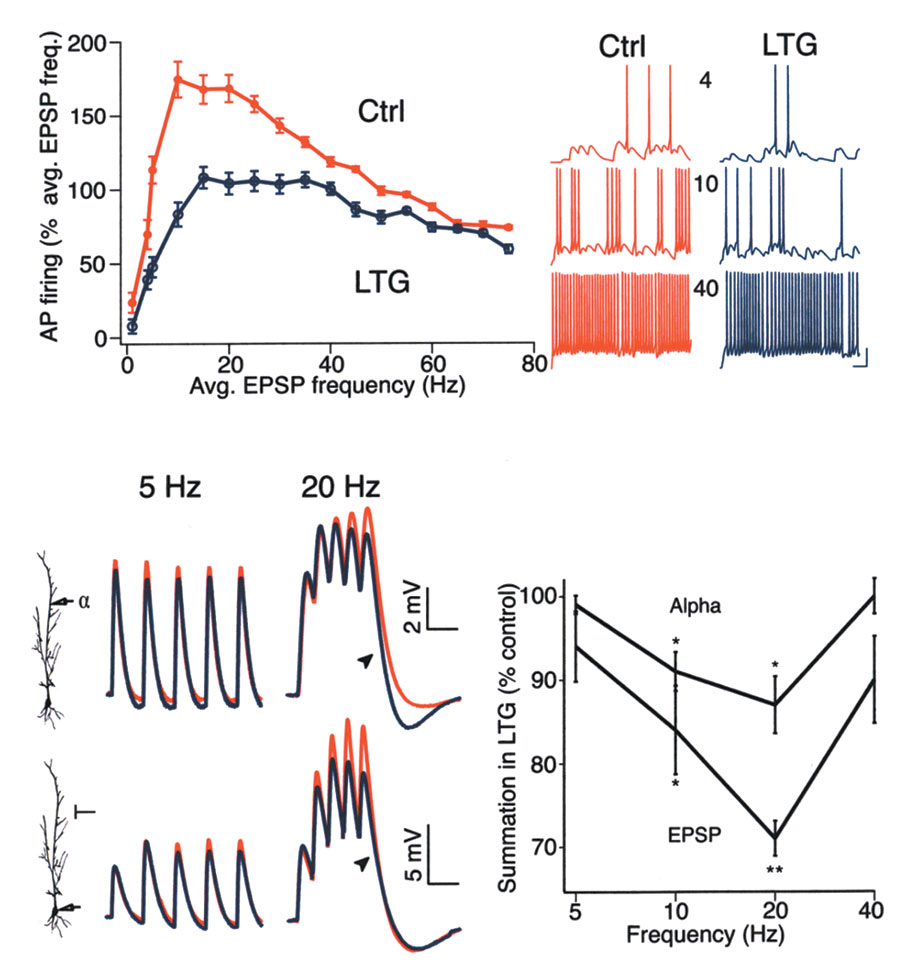 REPUBLIC OF RWANDA MINISTRY OF DISASTER MANAGEMENT AND REFUGEE AFFAIRS NATIONAL CONTINGENCY PLAN FOR EARTHQUAKE Kigali, 2014 PREAMBLE A well-coordination of disaster and emergency response is a key factor of success in terms of life saving and property protection. One of the coordination tools is a plan, not only a document but and especially the planning processes which improve the possibility to reduce the uncertainty that may be fatal in responding to a disaster or an emergency

return to itm online CHECKING FOR POSSIBLE HERB-DRUG by Subhuti Dharmananda, Ph.D., Director, Institute for Traditional Medicine, Portland, Oregon The issue of herb-drug interactions looms large over the practice of herbal medicine. Up to now there have been very few incidents recorded of herb-drug interactions, but since the first such reports emerged a decade ago,a concern has been raised: that we know so little about herbs and their potential for interaction with drugs thatthese incidents could be just the "tip of the iceberg." Virtually all medical writers who review the literatureacknowledge the small number of reports, but conclude that the issue of herb-drug interactions is a serious onethat must be pursued. In a few instances, the interactions may have been responsible for severe consequences.