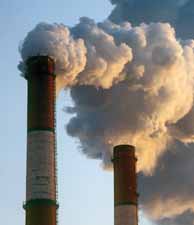 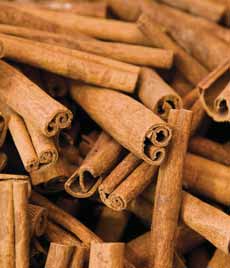 CONSUMER TRENDS 2015 Key influencers in South East Asia's Home & Houseware markets International events - Consumers are becoming more informed about their some catastrophic, some health and are increasingly seeking out superfoods free from inspirational - are putting chemicals and additives.India, China, Indonesia and Japan are emissions and toxicity back four out of the top five nations with the highest number of on the agenda, but it's the diabetes case and predicted estimates for 2025 indicate that threat of pollution to these countries will continue to see high incidence of human, rather than environmental, health that's WHAT'S HAPPENING IN 2015?
driving technological innovation and a spate of functional foods has clean, protective product launches in the Consumer Product Goods space.
growth within the WHAT'S HAPPENING IN 2015?
Asia-Pacific region in In 2015, pollution will become a key media focus. The recent years. APAC abandonment of the Carteret Islands in Papua New Guinea due has in fact seen a to rising sea levels and the Milan Expo 15's investigation into the future of clean water supplies will revive discussion around proportion (8%) of emissions, while controversy will grow around Canada's Northern Gateway oil pipeline to Asia. However, it's a growing launches in the last awareness of the link between urban pollution and cancer and five years, compared premature deaths - following the World Health Organisation's revelation that pollution is the world's biggest environmental globally. Japan is health risk - that will provoke a reaction. The API (Air Pollution often credited with Index) has become a talking point across Malaysia, as critical creating the term "functional foods" in the late 1980s. Japan is levels (greater than 300) are reached in various regions. In the only nation that has legally defined functional foods and Singapore, the PSI (Pollution Standard Index) is also of concern.
the Japanese functional food market is now one of the most The region suffers from cross-border pollution due to back- advanced in the world. For those reasons, developments in burning in Indonesia, which creates a smog haze, raising API/PSI Japan are often cited as indicative of possible developments in to critical levels for weeks on end. In March 2014, Klang in Europe and the United States. The growth of functional foods in Malaysia was forced to close schools as API reached 203.
Southeast Asia (SEA) is affected by malnutrition from both The cosmetics industry in particular has been awakening over-nutrition and under-nutrition, so looking at the health consumers to the immediate, visible, personal effects of needs of consumers can be a complex issue. Health issues pollution, with Avon even coining a term 'urban dust' to such as hypertension, high cholesterol and diabetes are key describe the 'environmental aggressors' that threaten our skin concerns and on the rise in many SEA nations, while under- and general health.
nutrition and poor immunity, especially in rural areas, are alsoan essential focus for most SEA countries.
The positioning of skincare products for pollution protection has recently taken a softer approach, incorporating Asian consumers have different behavioural patterns than "fighting urban irritants" as one of many claims in a multi- those from other parts of the world. In Europe and the United functional product, rather than being a stand-alone claim area.
States, for example, consumers choose their functional e-CRAFTCIL • Issue 10, 2015 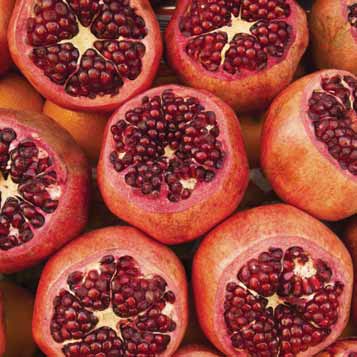 beverages based purely on the drink's health benefits, its ease similar pace when it comes to natural food and drink launches.
of use and price point. In Asia, there is a fourth factor of Asia has been rocked by a number of food scares, from ‘localisation'. Asian consumers consider how much they harmful ingredients in baby food in China to fake eggs and identify with the ingredient, linking purchase decisions to their squid found in Vietnam, to name just a few. The recent spate of own cultures. In fact, there is a preference for ‘local ingredients' health scandals is encouraging Asian consumers to turn to – for instance, a preference for avocado in ANZ, pineapple- natural, organic and herbal remedies in health and beauty. This based flavours in the Philippines, and jasmine tea in Indonesia.
has created new market opportunities with product awareness In addition, each country in Southeast Asia tends to look at and choice maturing. In a recent survey by Weber Shandwick, functional beverages from a different perspective. For instance, nearly all respondents in China –96% – said that they choose while Indonesia focuses on fortified readyto-drink (RTD) tea for to buy organic food at least occasionally, if not always. Korea beverage sales, Thailand is an energy drink market. In 2015 and and Singapore are not far behind with sourcing considerations beyond, we are bound to see much more innovation within elevated at 90% and 82%, respectively, of those surveyed. For functional food and drink in the Southeast Asia region. As China and Singapore, labelling remains the principal source of health awareness grows within Southeast Asia, consumer identifying this information.
interest and need for these types of products will only increase The natural trend is also likely to mean more further. Local ingredients and localised positioning of manufacturers will change from artificial to natural colours in functional products will also aid further growth of these types new product development. Futhermore, on the outside of of products within the region.
package, manufacturers will further utilise colour to communicate healthiness to attract consumers. Multi-nationalbrands are researching and investing in non-caffeine natural Food scares, changing lifestyles and rising incomes have energy sources, exploring the use of herbal ingredients used in elevated Asian consumers' awareness of what's in their food Traditional Chinese Medicine (TCM) that provide fatigue- and personal care products and their means to control what relieving benefits. PepsiCo have a patent for a caffeine-free they buy. 2015 will see consumers increasingly return to beverage with herbal extracts of Duan-Gen-Wu-Jia (similar to natural and often traditional, ingredients.
Ginseng), Gou-Qi-Zi (Goji or Wolfberry), and Huang-Jing WHAT'S HAPPENING IN 2015?
(Solomon's Seal), that were reported to increase energy levels Asia-Pacific has seen a significant rise in food and drink when combined. Nestlé Health Sciences have formed a 50/50 launches with natural claims, growing from 6% to 25% in the JV with Chi-Med – Nutrition Science Partners; this could also last five years. The Southeast Asia sub-region has grown at a lead to further developments into herbal energycombinations.
The global organic personal care products market witnessed steady growth in recent years due to increasingconsumer concerns regarding personal health and hygiene.
Asia-Pacific is expected to be the fastest-growing region at anestimated CAGR of 9.7% from 2012 to 2018, due to risingconsumer incomes, changing lifestyles and increasingawareness and demand for organic personal care products.
Japan and China dominated the Asia-Pacific market, togetheraccounting for over 64% of market revenue in 2011.
Naturalness will continue to be an overriding trend, influencing the type of ingredients used in formulations.
Natural sweeteners and natural colours will continue to befeatured in new innovations, while the search for naturalcaffeine and natural non-caffeine energy sources will continueto see more traditional herbal medicines being explored.
Incorporating foods with intrinsic health properties is an idealway for manufacturers to leverage ‘naturalness' and for someingredients to provide functional health benefits.
e-CRAFTCIL • Issue 10, 2015 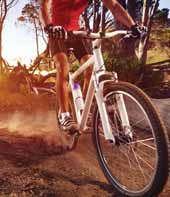 commands to control smart lighting, doors, thermostats andother home appliances, operating on Bluetooth Low Energy The world of synced devices, home appliances and and managed through any modern Apple device. Meanwhile, wearable technology will start to become mainstream, as Google-owned Nest – the pioneering manufacturer of trusted companies move into the market and join the internet-connected thermostats and smoke alarms –has conveniencedriven, data collection revolution.
created its own open-sourced framework, Thread, also WHAT'S HAPPENING IN 2015?
designed to allow smart devices to communicate. Samsung's Smart devices – from watches to ceiling fans – appeal to forthcoming SmartHome ecosystem will compete on the same consumers because they save time and money, promise grounds, using the brand's S Voice software, and the brand has convenience and control and – in our age of digital navel- opened up its system to thousands of new developers.
azingnarcissism – knowledge Retailers are also pushing synced devices, with Sears and selfanalysis. What's currently testing a connected device department in its stores, changing is that this is no ahead of a planned expansion in 2015. New software is also longer the domain of start-ups coming onto the market to make it easier for consumers to offering home hub hardware – sync their mobile devices with their health-monitoring tools the major players are now and home appliances. Google Fit will provide a centralised embracing the trend and activity tracker to compete with Apple's iOS8 software and raising consumer confidence in HealthKit app, bringing users' data from various fitness devices it. Apple and Google are both into a single location, helped in its development by the introducing ecosystems to participation of Nike, Jawbone and Fitbit. A host of new compete for leadership in the product launches in 2015 – from tablets to smart watches and connected home. Apple's Homekit software/app creates a smart TVs – will also pique consumer interest in syncing up. framework that will enable consumers to use Siri voice Source : Mintel Indian Timber Legality Assessment and Verification Scheme Specifically designed for Indian handicrafts industry and its 10. Development process based on ISO /IEC guide 59:1994, raw material supply chain code of good practice for standardization, ISEAL Assurance of due diligence / due care standard setting code, WTO / TBT guidelines Verification of chain of custody and legal traceability 11. Ensures legal right to harvest and trade "Vriksh" standard to meet International timber regulations 12. Ensures compliance with legislation related to taxes & criteria like EUTR, etc.
World-wide presence of certified companies through web 13. Ensures compliance with requirements of trade and export procedures Reduction in risk for buyers & assurance of legality compliance 14. Covers each step in the supply chain from the raw material harvest to finished goods sale Maintenance of traceability 15. Covers quality management systems, legality Availability of legally harvested wood compliance, raw material supply and production, sale Meets buyers requirements' of multiple authorities, of "Vriksh" legally verified wood & risk assessment and documentation in multiple languages and complexity of mitigation program.
Application form, alongwith details of cost and reimbursement scheme, is available at EPCH website (epch.in). For further details contact EPCH or write in to [email protected]
e-CRAFTCIL • Issue 10, 2015