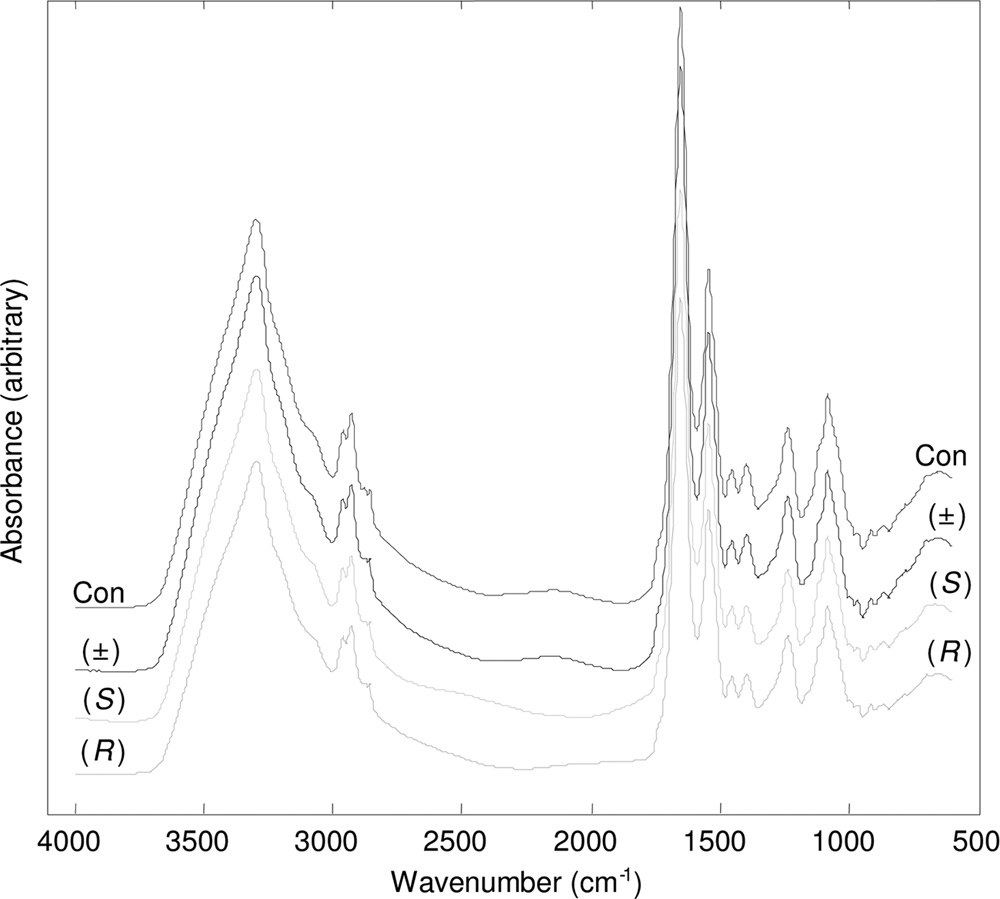 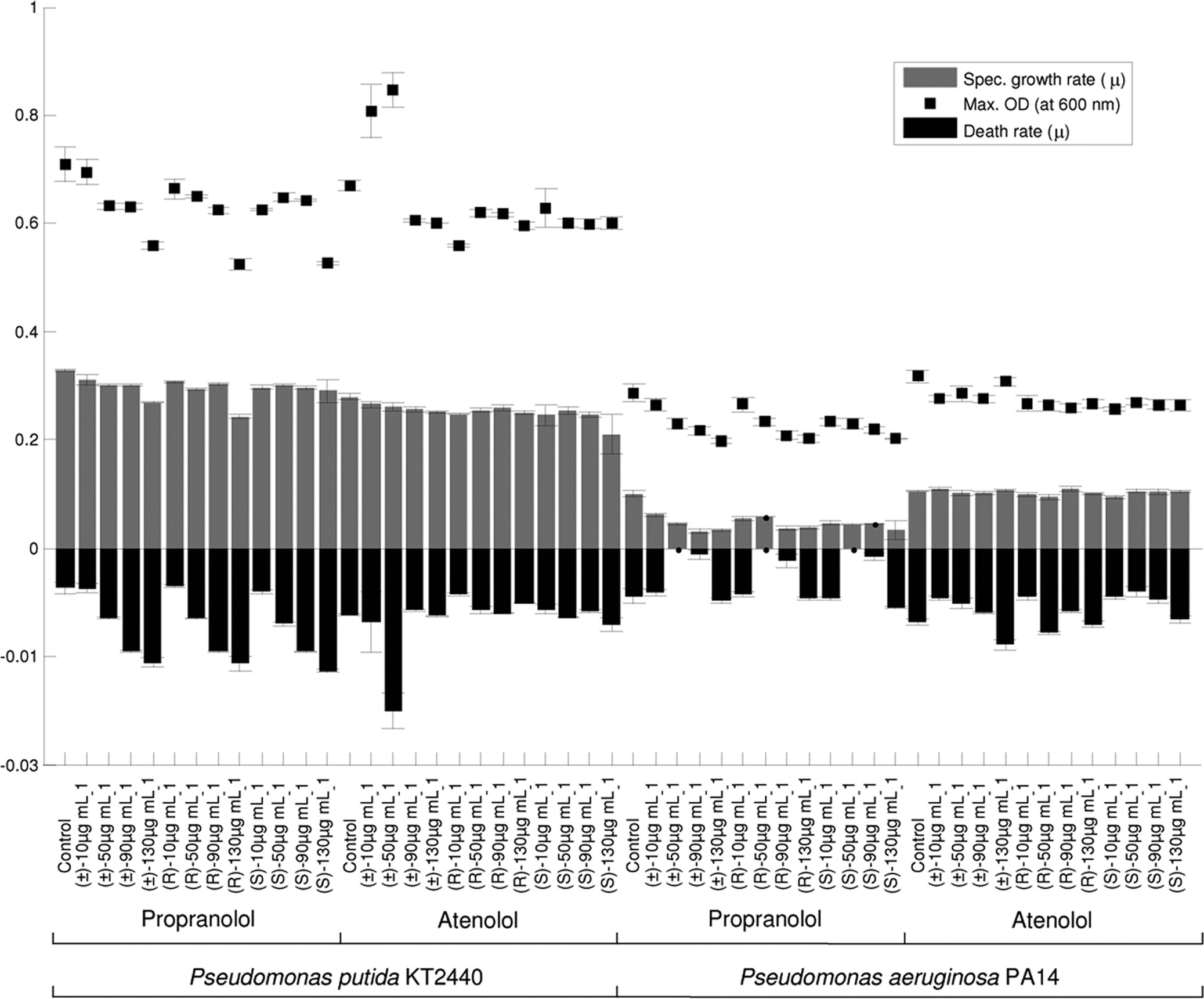 WHARFE ET AL.
APPL. ENVIRON. MICROBIOL.
FIG. 2. Specific growth rate data for P. putida KT2440 and P. aeruginosa PA14 exposed to 0 to 130 ␮g ml⫺1 of propranolol or atenolol. The maximum optical densities (OD) at 600 nm and specific death rates are also shown. The data are averages from five biological replicates, and theerror bars indicate standard deviations.
because the lower concentrations (⬍40 ␮g ml⫺1) of propran- the higher concentrations of propranolol a slight increase in olol had very little effect on metabolism so cells quickly the amount of biomass was immediately followed by a notice- reached the stationary and death phases and because the able decrease in the optical density of the culture (death higher concentrations (⬎80 ␮g ml⫺1) had a negative impact on phase), the maximum amount of biomass was severely inhib- metabolism and killing cells (as also indicated by the fact that ited by the presence of the API. Our observations suggest that the final turbidity measurements were significantly lower than the API has different effects depending on the concentration the turbidity measurements for the control cells), while the applied. At lower concentrations the growth is not affected by intermediate concentrations (50 to 70 ␮g ml⫺1) slowed growth the API, and at high concentrations death occurs during the but the cells did not enter the death phase. Inspection of the growth period. However, at intermediate concentrations pro- growth curves indicated that there was a second phase of duction of biomass occurs throughout the growth period (onset growth several hours into the stationary phase. While a second of the death phase may have been observed if the growth had phase may indicate that there is utilization of a secondary been monitored for extended periods). The APIs were not carbon source, this was not observed in the control cultures metabolized during growth (Table 2), and we hypothesize that and thus is not the likely explanation for this observation. The the intermediate concentrations of propranolol affected either biomass of the culture decreased as the concentration of the the transport of nutrients into the cell or the rate of metabo- API increased, and thus the original carbon source was poten- tially not depleted at the onset of stationary phase. While at The growth rate data for the cells exposed to propranolol 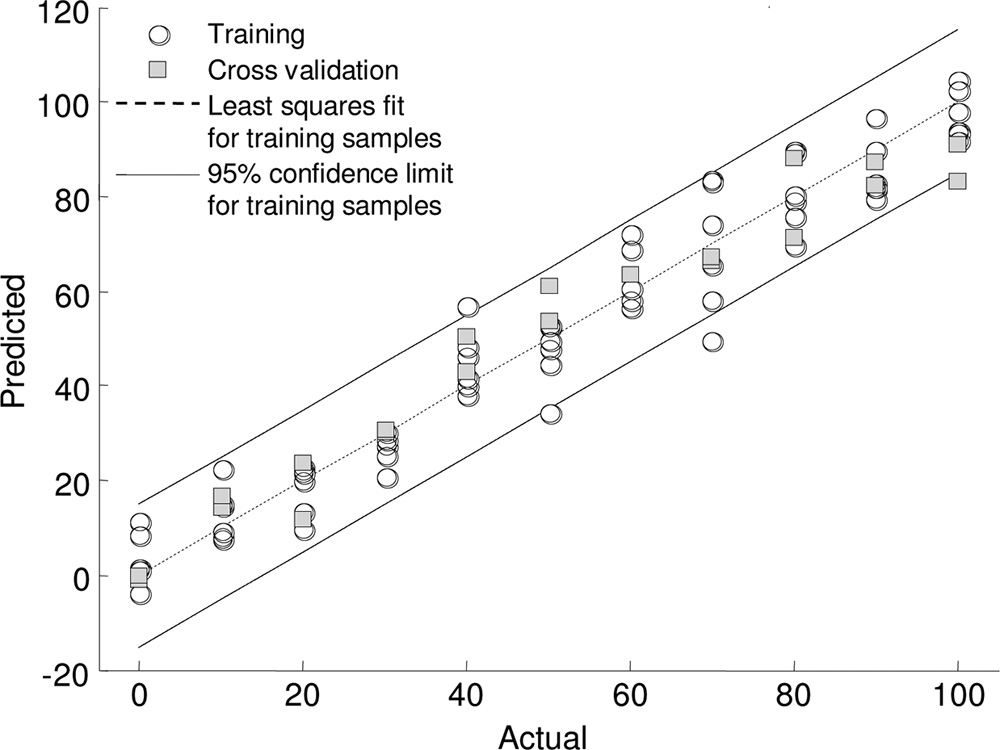 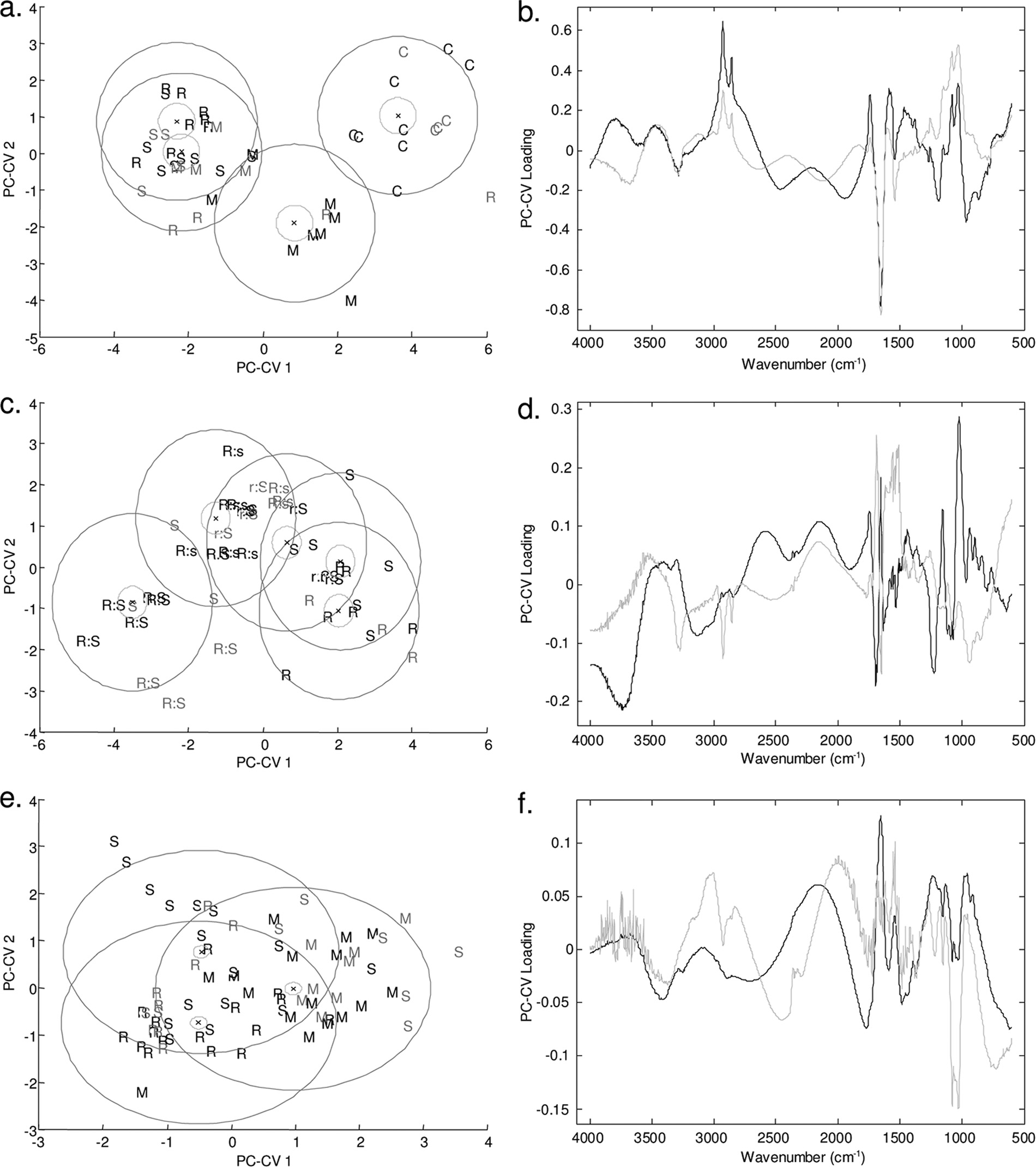 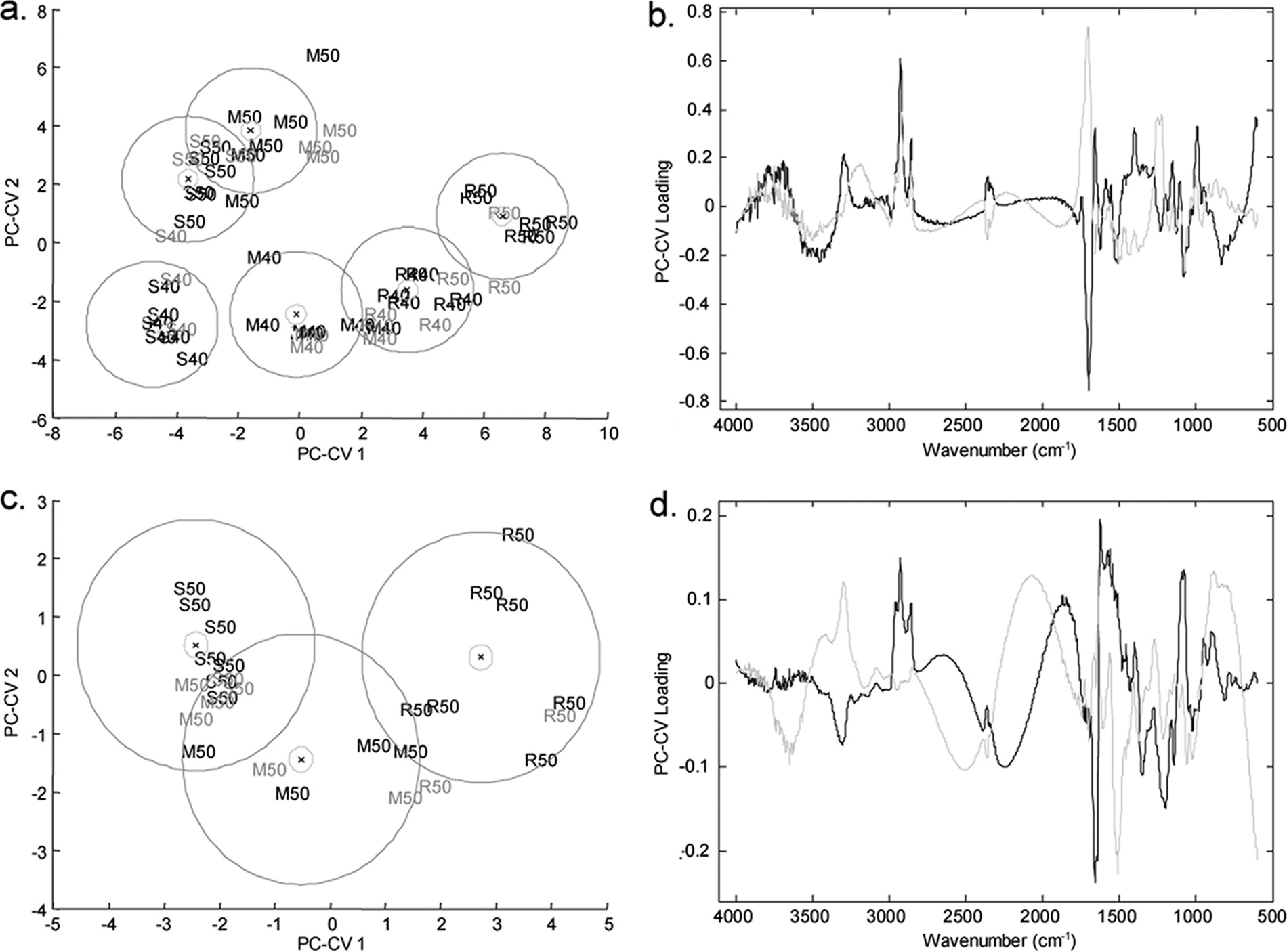