Guidelines for malaria prevention in travellers from the united kingdom 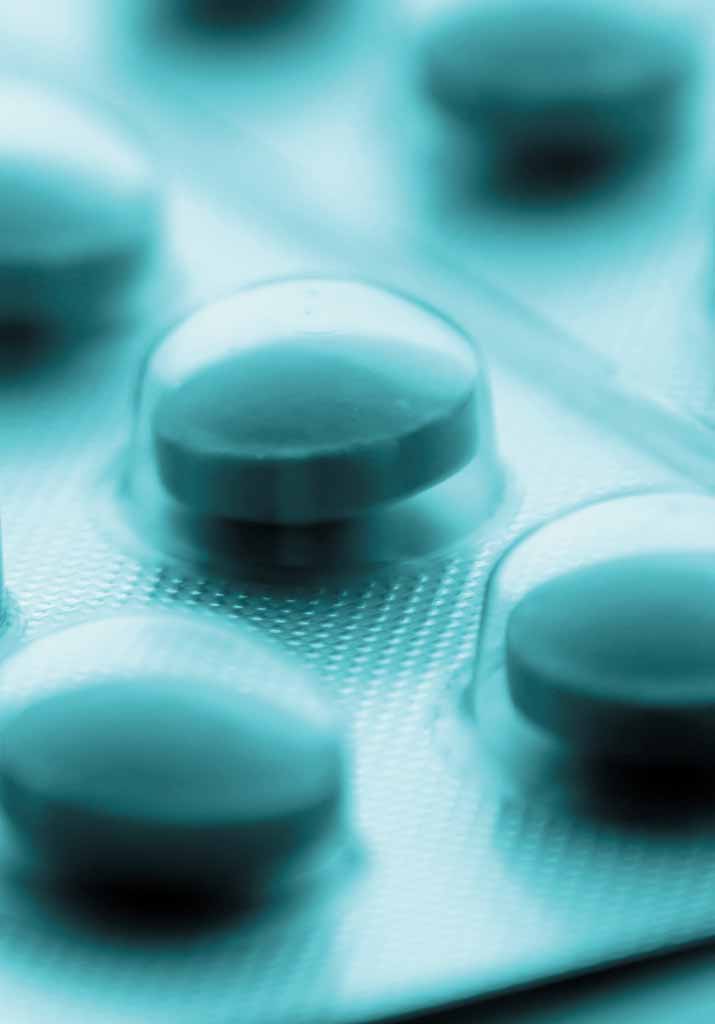 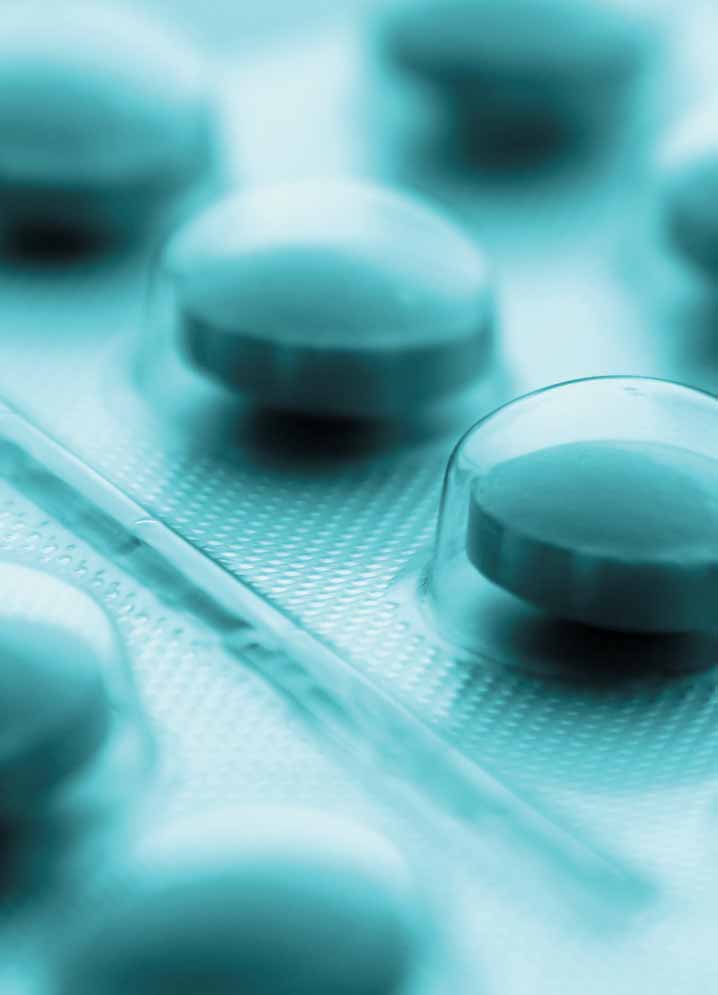 4. Chemoprophylaxis Given the possibility of antimalarials purchased in the tropics being fake24, travellersshould obtain the medication required for their chemoprophylaxis from a reputablesource in the UK before they travel. ACMP also advises against purchasing antimalarialdrugs over the internet. Causal prophylaxis Causal prophylaxis is directed against the liver stage of the malaria parasite, whichtakes approximately 7 days to develop (see life cycle in figure1). Successful drugactivity at this stage prevents the parasite from progressing to infect red blood cells. Causal prophylactics need to be given for approximately 7 days after infection25, soACMP recommends that they are continued for 7 days after leaving a malarious area(see table 3 of drug regimens in chapter 4). It is important not to confuse liver-stage schizonts with hypnozoites. All 4 species ofhuman malaria have liver-stage schizonts but only Plasmodium vivax and P. ovale havethe hypnozoite stage, against which causal prophylaxis is NOT effective. Suppressive prophylaxis prophylactic drugs currently advised byACMP, acts against the hypnozoite stage Suppressive prophylaxis is directed of P. vivax or P. ovale. against the red blood cell stages of themalaria parasite and thus needs to be Primaquine is active against hypnozoites taken for several weeks to prevent (present only in P.vivax and P.ovale) and also has causal prophylactic activityagainst the liver stage schizonts of all Therefore, suppressive prophylactic drugs 4 malaria parasites of humans27.
should be continued for 4 weeks after Primaquine is occasionally used for leaving a malarious area (see drug terminal prophylaxis (also known as regimens in table 3, Chapter 4).
presumptive anti-relapse therapy) toeradicate hypnozoites of P.vivax and Prophylaxis against hypnozoites P.ovale. However, the routine use ofprimaquine for prophylaxis is not Plasmodium vivax and P. ovale have a recommended by ACMP. Practitioners dormant stage called the "hypnozoite".
considering the use of primaquine as a The hypnozoite remains dormant for prophylactic agent should consult an months and then "wakes up" to develop expert centre (see Chapter 9).
into a liver schizont. The dormanthypnozoite explains why attacks of vivax Primaquine is an oxidant drug and can or ovale malaria can occur long after the lead to haemolysis in G6PD-deficient end of chemoprophylaxis. This is not due to drug failure as none of the

Hispaniola (Haiti & the DominicanRepublic). Prophylaxis with chloroquine as The British National Formulary (BNF) a single agent is therefore rarely contains full listings of drug actions, appropriate (see tables 7-12). It remains dosages, side effects, interactions and effective against most P. vivax, all P. ovale contraindications summarised here and and virtually all P. malariae. should be consulted as required whenrecommending malaria chemoprophylaxis.
Chapter 6 of this book also provides The main side effects are gastrointestinal details of contraindications for different disturbances and headache. Convulsions medical conditions such as pregnancy are recorded. Chloroquine may cause and renal impairment.
itching in persons of African descent. NOTE: All adverse events of medication,
including attacks of malaria, should bereported. Members of the public and Drugs: Amiodarone (increased risk of healthcare professionals can report any ventricular arrhythmias); ciclosporin suspected side effects from malaria (increased risk of toxicity); digoxin medicines via the Yellow Card Scheme on (possibly increases plasma concentration the Medicines and Healthcare products of digoxin); mefloquine (increased risk of Regulatory Agency (MHRA) website.
convulsions); moxifloxacin (increased risk of ventricular arrhythmias; avoidconcomitant use). These drugs are not listed in order ofpreference.
Vaccines: Chloroquine may suppress theantibody response to pre-exposure 4.2.1 Chloroquine intradermal human diploid cell rabiesvaccine28. This interaction is not seen when rabies vaccine is givenintramuscularly (the currently Chloroquine is concentrated in the recommended mode of vaccination in malaria parasite lysosome and is thought to act by interfering withmalaria pigment formation, causing Contraindications generation of a ferriprotoporphyrin IX-chloroquine complex which is highly Chloroquine prophylaxis may exacerbate toxic to the parasite.
psoriasis and myasthenia gravis. It iscontraindicated in those with a history Chloroquine-resistant falciparum malariais now reported from all WHO regionsexcept Central America north of thePanama Canal and the Island of

prophylaxis with proguanil as a singleagent is rarely appropriate (see country Chloroquine is highly toxic in overdosage, tables 7-12, chapter 4).
so should be stored out of the reach of children. In long term use, eye examinations every 6-12 months shouldbe considered at 6 years prophylactic The principal side effects of proguanil are usage, though the risk of retinopathy mild gastric intolerance and diarrhoea.
developing on prophylactic dosage is Mouth ulcers and stomatitis occur considered to be very low29. See also occasionally, particularly when combined long-term traveller section in chapter 7.
with chloroquine. Methods of administration Tablets contain 155 or 150 mg Drugs: May enhance the anticoagulant chloroquine base; syrup contains effect of warfarin. Absorption reduced chloroquine base 50 mg/5 ml (see by oral magnesium salts. Antifolate effect paediatric dosages in tables 4 and 5).
is increased when given with Adult dose 300 mg (2 tablets) weekly, starting one week before entering amalarious area, continuing throughout Vaccines: None reported the time in the area and for 4 weeksafter leaving the area.
Contraindications Allergy to proguanil Proguanil is converted to an active Renal impairment. Pregnancy (folate metabolite cycloguanil which inhibits the enzyme dihydrofolate reductase andinterferes with the synthesis of folic acid.
Methods of administration It acts as a suppressive and also as acausal prophylactic30. Proguanil itself 100mg tablets only. Adult dose 200 mg has a second mode of action, mediated daily, starting one week before entering a by the parent drug rather than its malarious area, continuing throughout metabolite, which produces synergy the time in the area and for 4 weeks with atovaquone (see atovaquone plus after leaving the area.
There are very few regions in the worldwhere the local Plasmodium falciparumstrains are fully sensitive to proguanil, so

4.2.3 Chloroquine plus proguanil proguanil, but not those takingchloroquine plus proguanil33 but there For side effects, interactions, is no evidence that mefloquine use contraindications and methods of increases the risk of first-time diagnosis administration, please see individual of depression34 and no association between mefloquine prescriptions andhospitalisation35. Overall, mefloquine ACMP does not recommend the use
remains an important prophylactic agent of chloroquine plus proguanil for
which is tolerated by the majority of travellers to sub-Saharan Africa.
travellers who take it36.
If no alternative is felt to be
appropriate, the matter should be
discussed with an expert centre
(see chapter 9).
Drugs: Mefloquine antagonises theanticonvulsant effect of antiepileptics and interacts with a number of cardiacdrugs. Contraindications Mefloquine's mode of action has notbeen determined, but is thought to be Mefloquine prophylaxis is contraindicated unrelated to that of chloroquine and not in those with a current or previous to involve an anti-folate action. It acts as history of depression, neuropsychiatric a suppressive prophylactic.
disorders or epilepsy; or withhypersensitivity to quinine. The protective efficacy of mefloquine isapproximately 90% in Africa31. At the Pregnancy; (see Chapter 6,special present time, significant resistance of groups) breast-feeding; (see Chapter 6, P. falciparum to mefloquine is a problem special groups) cardiac conduction only in some areas of south-East Asia32, disorders. Not recommended in infants but is reported sporadically from the under 3 months (5kg).
Amazon basin.
Can mefloquine be taken by those who plan to undertake underwaterdiving? Attention has focused onneuropsychiatric problems with If the individual tolerates mefloquine mefloquine prophylaxis. Increased prophylaxis, there is no evidence that moderate problems have been found they cannot physically perform especially in women using mefloquine underwater diving. However, it should be when compared with those receiving noted that some sub-aqua centres do not doxycycline, or atovaquone plus permit those taking mefloquine to dive.

Although mefloquine may be suitable for scuba divers who have taken andtolerated the drug before, or those able Doxycycline hydrochloride preparations to start taking it early to ensure that no have a low pH and may produce adverse events occur, it should usually be oesophagitis, especially if taken on an avoided: it lowers the seizure threshold empty stomach and/or just before lying (and may therefore add to the down. Rarely, doxycycline may cause complications of decompression or photosensitivity which is mostly mild and narcosis events) and some transient38. Doxycycline is a broad neuropsychiatric adverse events, though spectrum antibiotic and may predispose excessively rare, can be sudden in onset.
to vaginal candidiasis.
The UK Civil Aviation Authority advises Drugs: The metabolism of doxycycline is that mefloquine should not be accelerated by carbamazepine and administered to airline pilots, although phenytoin. At present, there are no data there is no evidence that mefloquine to support a change in the dose of impairs function.
doxycycline used for malaria prophylaxisin individuals taking one or more of Methods of administration these agents. Tetracyclines possiblyenhance the anticoagulant effect of Oral. 250mg tablets. Weekly dosage, coumarins (e.g. warfarin), and may starting 2-3 weeks before entering a increase plasma concentration of malarious area to assess tolerability, ciclosporin. It may temporarily reduce continuing throughout the time in the the contraceptive effect of oestrogens area and for 4 weeks after leaving the (see FAQs in Chapter 8). malarious area.
Vaccines: Possibly reduces the efficacy of 4.2.5 Doxycycline oral typhoid vaccine if givensimultaneously. Should be separated by Doxycycline is lipophilic and acts Contraindications intracellularly, binding to ribosomalmRNA and inhibiting protein synthesis. Children under 12 years of age.
It acts as a suppressive prophylactic.
Pregnancy and breast feeding. Allergy totetracyclines.
Doxycycline is of comparableprophylactic efficacy to mefloquine37.

hypnozoites). It acts as a causalprophylactic agent, so needs to be Hepatic impairment. Patients taking continued for only 7 days after leaving a potentially hepatotoxic drugs. Myasthenia malarial area40. It also has activity against gravis. Systemic lupus erythematosus.
the erythrocytic stages of malariaparasites and is useful for treatment. Methods of administration Capsules (50 or 100mg) or dispersible100mg tablets only (consult summary of Prophylactic efficacy against P. falciparum product characteristics pertaining to is in excess of 90%41-48. There is less individual products). Dose 100mg daily, published data on protection against starting 1 to 2 days before entering a P. vivax, but data available indicate that malarious area, continuing whilst there atovaquone-proguanil is effective in the and for 4 weeks after leaving.
prevention of primary attacks of vivaxmalaria44,49. However, like chloroquine- Precautions in use proguanil, mefloquine and doxycycline, itwill not protect against hypnozoite- The prescriber should warn against induced episodes of P.vivax (or P.ovale) excessive sun exposure (and advise on the correct use of sunscreen), the risk ofvaginal candidiasis and the risk of oesophagitis if taken on an emptystomach and/or lying down too soon The most frequent side-effects are after taking it. Doxycycline should be headache and gastrointestinal upsets. swallowed whole with plenty of fluidduring meals while sitting or standing. 4.2.6 Atovaquone plus proguanil For proguanil see proguanil section Drugs: Plasma concentration ofatovaquone is reduced by rifabutin and Atovaquone works by inhibiting electron rifampicin (possible therapeutic failure of transport in the mitochondrial atovaquone), tetracycline (clinical cytochrome b-c1 complex, causing significance of this is not known) and collapse in the mitochondrial membrane potential. This action is potentiated byproguanil and is not dependent upon Antiretrovirals: Atovaquone possibly conversion to its metabolite cycloguanil.
reduces plasma concentration of Indeed, the combination remains indinavir. Atovaquone possibly inhibits effective in cycloguanil-resistant metabolism of zidovudine (increased plasma concentration). prevents development of pre-erythrocytic (liver) schizonts (but not Vaccines: None reported.

In Cooperation with the Southern Nevada Water Authority Gravity Studies of Cave, Dry Lake, and Delamar Valleys, East-Central Nevada By Daniel S. Scheirer Any use of trade, firm, or product names is for descriptive purposes only and does not imply endorsement by the U.S. Government Open-File Report 2005-1339 U.S. Department of the Interior U.S. Geological Survey